Ukrainian President Petro Poroshenko's wife, Maryna Poroshenko, has called on the First Lady of the United States Michelle Obama to join an international campaign for the release of Ukrainians illegally detained in Russia, according to Petro Poroshenko's official website. 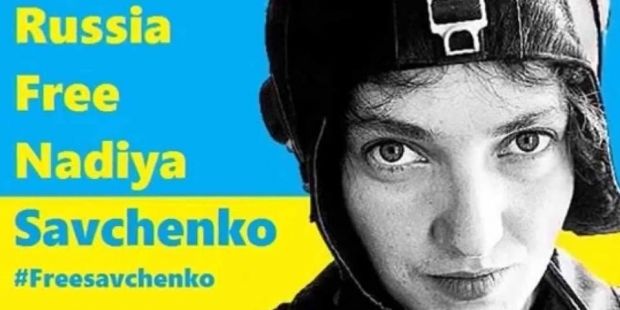 Maryna Poroshenko wrote a letter addressed to the First Lady of the United States with the words: "Dear Michelle, I hopefully expect that you will not only join the international campaign for freeing [captive Ukrainian pilot] Nadia Savchenko, but also give a new impetus to the release of other Ukrainian citizens, including Oleh Sentsov, Oleksandr Kolchenko, Hennadiy Afanasyev, Akhtem Chyigoz and other hostages of Russia's punitive machine," the report reads.

Maryna Poroshenko emphasized that 34-year-old Savchenko had stood side-by-side with American servicemen and risked her own life for the restoration of democracy and order in Iraq. Just like hundreds of American women, she devoted her life to the protection of her country. However, defending independence and freedom of Ukraine in June 2014, she was abducted from Ukrainian territory and imprisoned in Russia. Despite solid evidence of false accusations, Russia's punitive machine plans to sentence her to 23-year imprisonment on March 21.

Poroshenko's wife reminded that the name of Nadia Savchenko was on the list of 20 women – political prisoners and prisoners of conscience – announced in the framework of the Free the 20 Campaign initiated by the U.S. Government in September 2015 on the occasion of the 20th anniversary of the adoption of the Beijing Declaration (a roadmap designed to change the future of women around the world).

Maryna Poroshenko emphasized that the life of Nadia Savchenko, a symbol of the struggle of the Ukrainian people against Russian aggression, now depends on the unity of efforts, solidarity of the international community and pressure on the Russian government.

On Tuesday, the Donetsk City Court of Russia's Rostov region continues reading out the verdict to Ukrainian pilot, MP and member of the Ukrainian delegation to PACE Nadia Savchenko.

According to Presidential Press Secretary Svyatoslav Tsegolko, Savchenko was taken to court for the verdict under the supervision of 16 gunners.