Groysman names nominees for his team in Cabinet if appointed PM 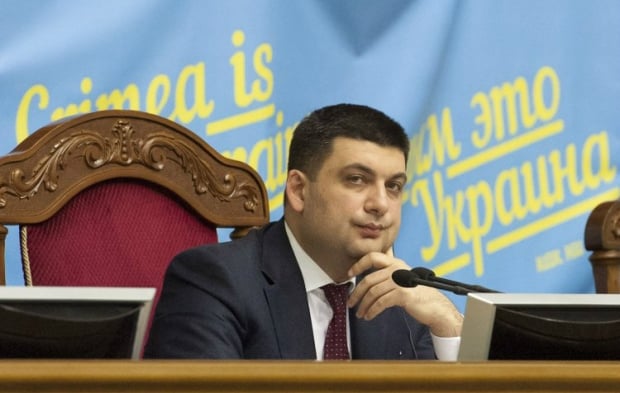 Groysman said he was talking about “[former] vice prime minister and finance minister of Slovakia Ivan Miklos, who “implemented a lot of systemic reforms." "It’s also about Yulia Kovaliv who today is a First Deputy Economy Minister, Maksym Nefyodov who is Deputy Minister of Economic Development," said Groysman.

Read alsoPoroshenko Bloc nominates parliament speaker Groysman for premierAccording to him, it is about "new people with a new mentality that can show quality and honest work."

He did not specify what position they are to take in the new government.

Read alsoGroysman says ready to lead CabinetAs UNIAN reported earlier, a meeting of the leaders of parliamentary factions is being held today, to discuss possible creation of a new coalition and possible candidates for the post of a prime minister.

Leader of the Radical Party Oleh Lyashko said that the BPP and People’s Front factions want to form a coalition together, with the involvement of turncoat MPs.

Read alsoUkraine Samopomich party quits ruling coalitionYulia Tymoshenko-led Batkivshchyna today announced that it would not apply to any position in government or in the Rada leadership, adding that the faction has several conditions for supporting the coalition.

Samopomich is not willing to return to the coalition and it will remain in the opposition.