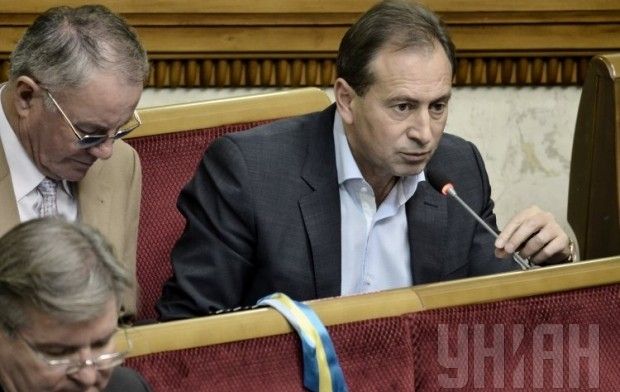 The decision of the Congress stated that it was made in accordance with Article 81 of the Constitution.

At the same time, Ukraine still has no law on the imperative mandate, which provides for the procedure of termination of parliamentary powers, in particular if an MP exits from a faction formed by the respective political party. Thus, it is not yet clear how the fate of Tomenko and Firsov will be decided despite the decision of the BPP Congress.

Read alsoUkraine changes procedure for amending ConstitutionAs UNIAN reported earlier, Tomenko on December 25 2015, announced his withdrawal from the BPP faction citing disagreement with the decision taken in Parliament on State budget-2016, which, according to him, is directed against the Ukrainian people and aimed solely at fulfilling the IMF requirements.

Firsov came out of the BPP faction on February 8, saying that "I can no longer remain in the same faction with Ihor Kononenko [one of faction leaders who was in a focus of Economy Minister Aivaras Abromavicius’ corruption accusations], because I don’t agree to provide cover-up for his corrupt activities, and I don’t want to be associated with them."

Read alsoIMF expects complete abolition of beneficial VAT taxation regime for farmersLater on Friday, Mykola Tomenko defied being deprived of the deputy’s mandate, saying that the law on imperative mandate shall first be adopted so that the Rada could vote for such move.