Canada wants anti-Russian sanctions to be maintained or strengthened

Canadian Foreign Affairs Minister Stephane Dion says Canada insists that collective sanctions against Russia either be maintained or strengthened, according to portal Macleans. 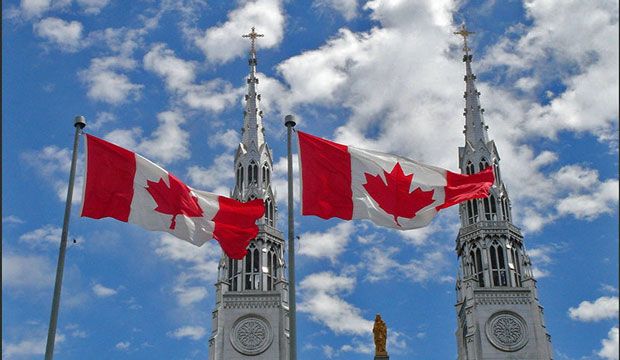 Canada says it will continue to oppose Russia's illegal annexation of Crimea / Photo from newsmirforex.blogspot.com

"The sanctions imposed on Russia in retaliation for its aggression against Ukraine are effective only because they are being imposed by a large number of countries. Canada must continue to require that these collective sanctions be maintained, or even strengthened," Dion said, Macleans wrote.

But Canada must stop being essentially the only one practising an empty chair policy with Russia, because by doing so, it is only punishing itself, according to him.

"As long as we refuse to engage Russia through diplomatic and political channels, we preclude any opportunity to support Ukraine through negotiations," he said.

"Canada will continue to oppose Russia's illegal annexation of Crimea and its aggression in Eastern Ukraine, and we will continue to stand strongly with our NATO allies. But doing so is entirely consistent with re-establishing diplomatic discussions with Russia, just as our allies do," he said.

According to him, this reengagement will aim to help Ukraine, help Europe and help stabilize the situation in the center of the continent.