The Bloc of Petro Poroshenko (BPP) faction has discussed with the Samopomich faction the possibility of its participation in the coalition, deputy leader of the BPP faction Oleksiy Honcharenko told the reporters, according to an UNIAN correspondent. 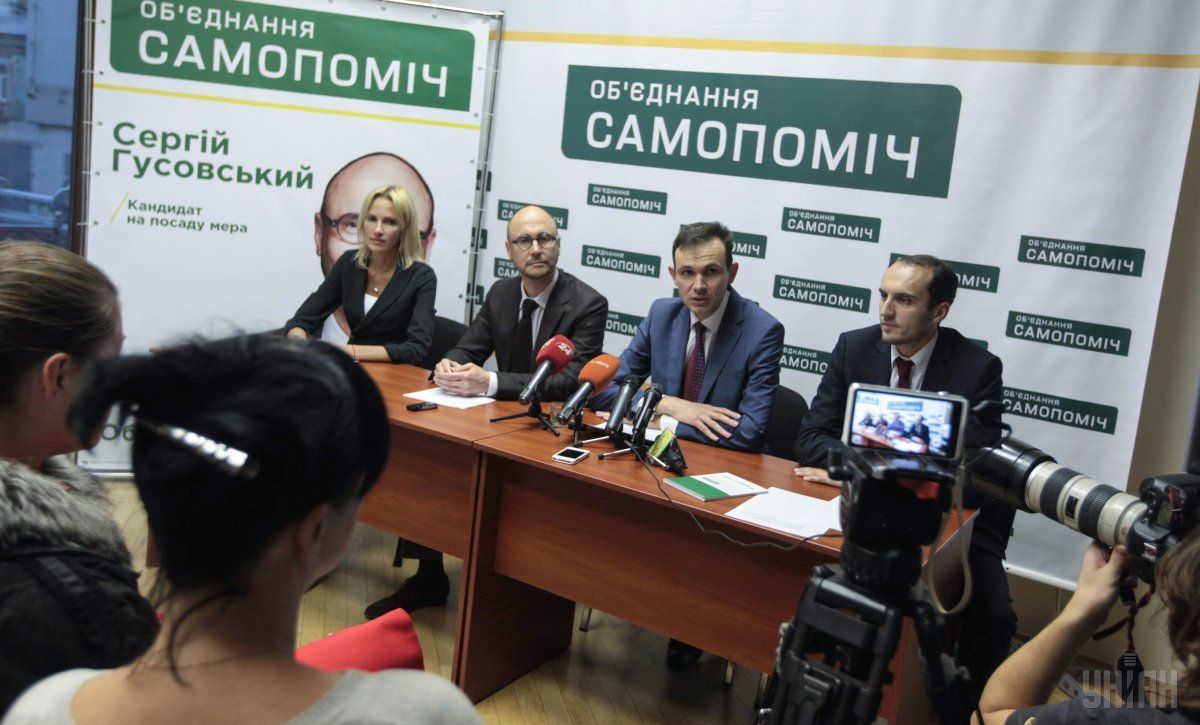 "We have asked colleagues about their position in the coalition and the government," he said.

Asked about whether the BPP has agreed to these conditions, Honcharenko said that "this is not in line with the Ukrainian Constitution." "When the Constitution agrees on this, we'll be able to agree," he said.

Read alsoLiashko faction officially quits coalitionIn turn, Samopomich faction leader Oleh Berezyuk said that the meeting had been initiated by members of the BPP and the Samopomich faction, rather than their heads.

Read alsoTrump card Shokin – not so shocking"This meeting was initiated for us to exchange views directly, in order to create a high-quality partnership work in the parliament. Including for supporting ordinary laws that improve particular situations. Including for the resolution of the crisis," he said.

Answering the question whether the Samopomich had allegedly invited the BPP to sign some kind of agreement, Berezyuk said that "subject to the law on elections and subject to dismissal of the CEC, we are ready to support and reach an agreement with the coalition, we will support the Prime Minister and the government by our voting, and thereby we will take responsibility for this, but we will not enter the government and will remain in the opposition." "Is it normal? Normal. No, you should enter the coalition," he said.

Asked about whether the Samopomich had been persuaded to enter the coalition, MP said that "we did not aim to persuade each other," but only wanted to talk professionally and as partners.