Too subtle the reform

One of the main principles of American journalism is critical thinking. It means that any information should be assessed with a healthy share of skepticism. I’m not even talking about fact checking and criticizing the arguments.

Therefore, when the media reported on the meeting of Barack Obama and Petro Poroshenko referring to the Presidential Administration, the first thing I did was fact checking.

All media which did, referred to the website of the Presidential Administration, stating:

"In the course of the Nuclear Security Summit in Washington, President of Ukraine Petro Poroshenko had a meeting with U.S. President Barack Obama.”

The Heads of State discussed the situation in Donbas and Crimea. They also coordinated efforts aimed at full implementation of the Minsk agreements by Russia.

The two Presidents discussed the development of strategic partnership between Ukraine and the U.S.

Particular attention was paid to the necessity of prompt formation of reform-oriented coalition and government in Ukraine."

It was rather strange, especially as the press office of the White House tracks down very scrupulously what Obama says. Even if it were the talks on the sidelines or behind closed doors, the press service would know about them.

Moreover, the White House schedule is clear: 12:30 – “The Vice President will hold a working lunch with President Petro Poroshenko of Ukraine" 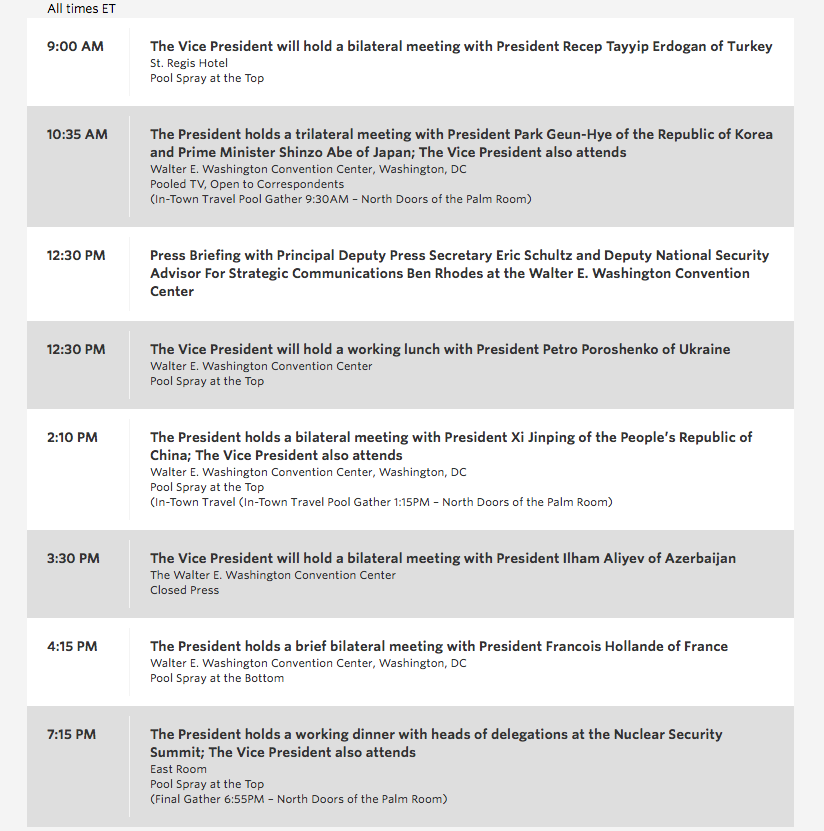 A photo published by the Ukrainian president’s press service was taken at a working dinner that the U.S. President held as a host with heads of delegations at the Nuclear Security Summit. It was scheduled for 19:15.

And by the way all those who attended at the dinner had such pictures taken with Barack Obama.

In fact, Poroshenko could actually have a short chat with the U.S. president, but saying that he “had a meeting” with Obama is politically incorrect, to say the least.

Again, my sources in the White House press service confirmed that Obama did have a conversation with Petro Poroshenko. But this conversation only lasted “a few minutes,” according to the officer of the press service." If the two leaders reallymanaged to fit in these few minutes all the issues reported by the Presidential Administration, then I would have to pay my respect: even my MacBook can’t transfer information that fast.

After all, wishful thinking is by far the only annoying part of this visit.

All issues allegedly brought up by Poroshenko and Obama were actually discussed in detail, but at another meeting – between Poroshenko, U.S. Vice President Joe Biden and U.S. Secretary of State John Kerry. The very fact of such meeting being held is a great diplomatic victory, with no ifs, ands or buts.

A working lunch is a special format of the meeting, where parties can discuss issues and reach some agreements. The fact that Biden had dinner only with Poroshenko shows that the Ukrainian issue remains on top agenda in Washington. 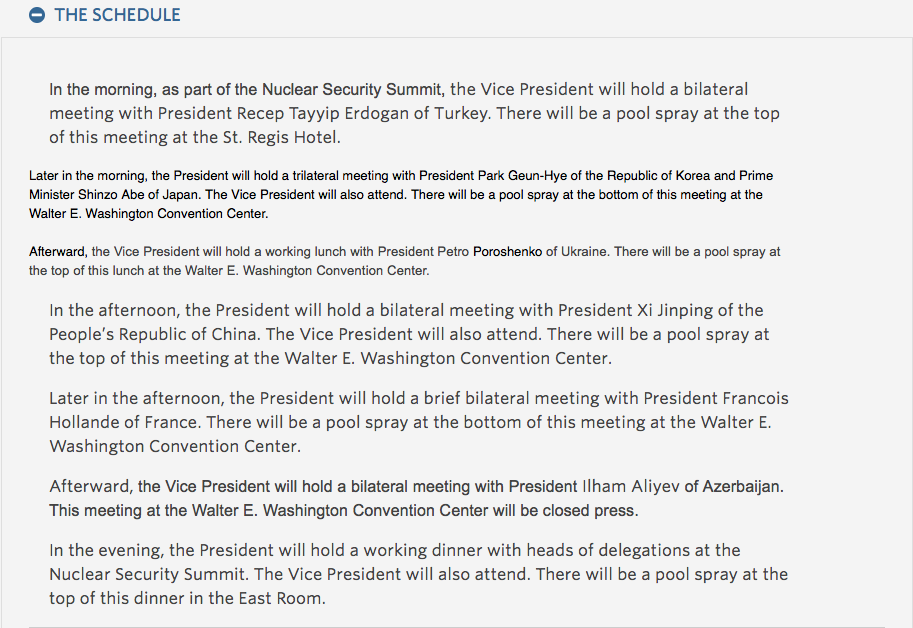 But the highlight of the meeting was that the White House giving a clear message: the formation of a new government that is focused on cooperation with the IMF will enable provision of another $1 billion in loan guarantees.

In addition, Biden has promised to allocate an additional $335 million for security sector reform, particularly in the Armed Forces and the National Guard.

In general, "reform" was the key word that has been heard lately in the context of the U.S.-Ukrainian relations. It is no secret that Washington and the American business circles are, to put it mildly, unpleased with the progress of reforms in Ukraine. Vice President of the U.S.-Ukraine Business Council (USUBC) Morgan Williams has also mentioned this often.

A sluggish fight against corruption and the beginning of change in the PGO only due to public pressure as late as two years after the Maidan protests cause certain frustration on Capitol Hill.

I personally remember the mood in the White House and in Congress at the times of the Maidan. Ukraine actually topped the agenda back then.

I can only make an assumption (my personal one) that if Ukraine’s reform were implemented more intensively, then the U.S. president would have more reason to hold a meeting with the president of Ukraine. There would have been no reason for any wishful thinking.

And the last thing. Hoping for financial aid and international assistance, the countries’ leaders should  understand very clearly that for every dollar of such foreign aid, the recepients have to take some real steps. This is politics. The rules of politics are much tougher than those in business.