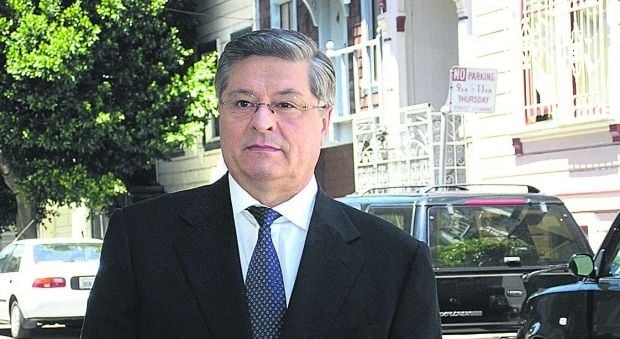 Pavlo Lazarenko, Ukraine's fifth prime minister, was imprisoned in the U.S. in 2006 for money laundering / Photo from job-sbu.org

A new investigation published by the International Consortium of Investigative Journalists (ICIJ), the Organized Crime and Corruption Reporting Project (OCCRP), the German newspaper Sueddeutsche Zeitung, and more than 100 other news organizations around the globe on April 3, reveals the offshore links of some of the planet's most prominent people, TSN said.

As of now, out of the 20 Ukrainians mentioned in the Panama Papers, three persons – Ukrainian President Petro Poroshenko, former Prime Minister Pavlo Lazarenko, and Kyiv Post owner Mohammad Zahoor, a Ukraine-based British millionaire of Pakistani origin – have been covered by separate materials.

They are in the same ranks as Argentinian professional football player Lionel Messi and Russian President Vladimir Putin.

The OCCRP says that Poroshenko's action exposed in the papers might be illegal on two counts: he started a new company while president and he did not report the company on his disclosure statements. Poroshenko set up an offshore holding company "to move his business to the British Virgin Islands (BVI), a notorious offshore jurisdiction often used to hide ownership and evade taxes."

"His financial advisers say it was done through BVI to make Roshen more attractive to potential international buyers, but it also means Poroshenko may save millions of dollars in Ukrainian taxes," the OCCRP said.

According to the OCCRP, Zahoor was caught up in a far-reaching investigation in 1998 by Ukrainian investigators examining whether politicians Yulia Tymoshenko and Pavlo Lazarenko might have worked together to control the gas industry in Ukraine.

Ultimately, police never pursued a case against Zahoor for lack of evidence. The investigation was made, in part, because investigators were looking at thousands of offshore companies including those of Zahoor who used companies from the British Virgin Islands, an offshore tax haven.

The internal correspondence of Panama-based law firm Mossack Fonseca likewise shows that the investigators quickly lost interest in Zahoor's companies and an email dated September 14, 1998, indicates that its BVI office had heard nothing further from the police regarding the case. The investigators collected nearly 11,000 volumes of case-related documents, including hundreds of banking and financial documents, expert reports, audits and tax audits. But over the years, the case kept being closed and re-opened, depending on the political situation in Ukraine, until its latest closure on February 28, 2014.

The leaked records – which were reviewed by a team of more than 370 journalists from nearly 80 countries – come from a little-known but powerful law firm based in Panama, Mossack Fonseca, which has branches in London, Beijing, Miami, Zurich and more than 35 other places around the globe.

The firm is one of the world's top creators of shell companies, corporate structures that can be used to hide ownership of assets. The law firm's leaked internal files contain information on 214,000 offshore companies connected to people in 200 countries and territories.

The data include emails, financial spreadsheets, passports and corporate records revealing the secret owners of bank accounts and companies in 21 offshore jurisdictions, from Nevada to Hong Kong to the British Virgin Islands.