Japan to raise issue of Ukraine settlement at G7 Summit 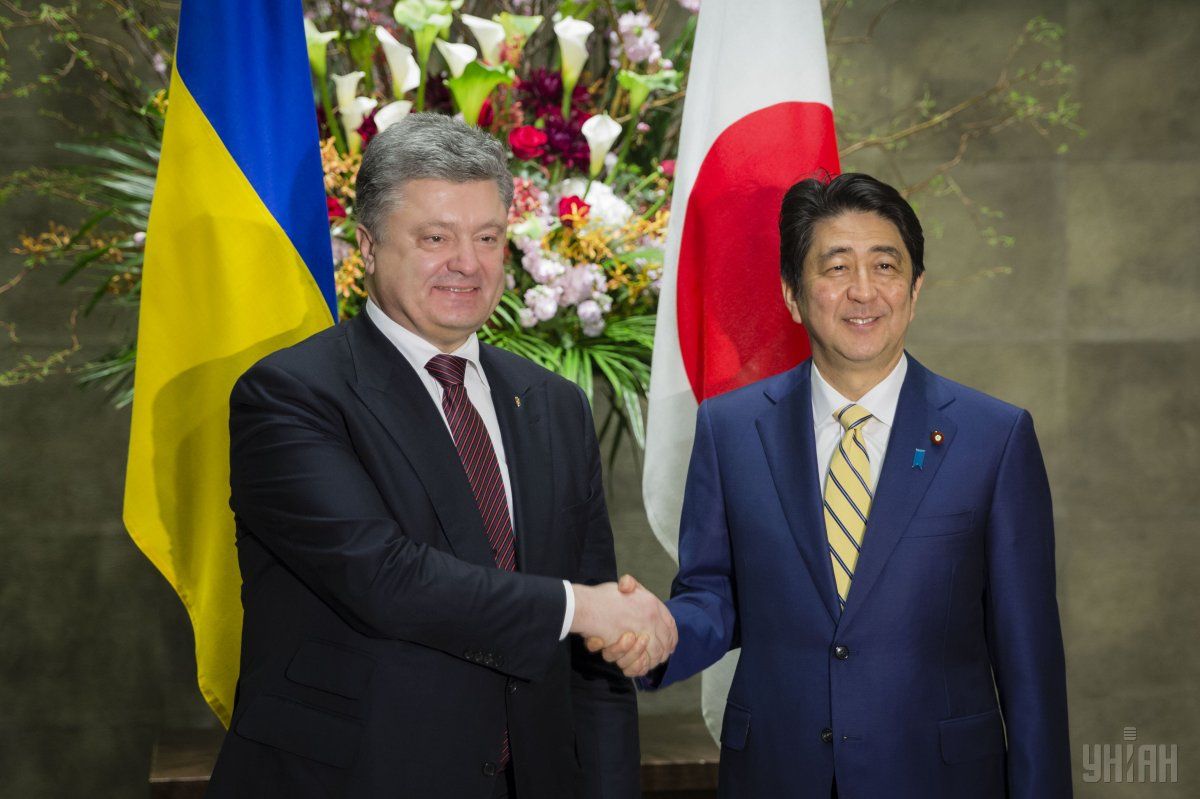 “Japan is an extremely important and reliable partner of Ukraine. Ukraine-Japan relations have never been at such a high level of trust and dynamics,” the president said following the negotiations.

“Ukraine highly appreciates the position of Japan on the non-recognition of Russia’s occupation of Crimea and its willingness to facilitate consolidation of international efforts aimed at ensuring full implementation of the Minsk agreements,” the President noted and thanked the Prime Minister “for a firm and unwavering support for territorial integrity, sovereignty and independence of our state at both bilateral and multilateral levels.”

The Head of State noted that the agenda of bilateral relations was very broad. “I would like to thank the Government of Japan and Mr. Prime Minister for providing financial, technical and humanitarian assistance to Ukraine. In particular, we are grateful for the decision to allocate the new tranche of humanitarian aid for the restoration of eastern regions of Ukraine in the amount of $13.6 million,” the President said.

Read alsoPoroshenko invites Japanese investors to UkraineAccording to Prime Minister of Japan Shinzo Abe, the parties discussed the settlement of the situation in Ukraine. “It remains one of the most important topics for the international community. Japan pays attention to this issue and I am planning to raise it at the G7 Summit,” he said. The Prime Minister emphasized the necessity of full implementation of the Minsk agreements for the resolution of the situation in Donbas and acceleration of internal reforms.

The president emphasized that the two countries “are determined to further move forward and provide a new content for the Ukraine-Japan partnership”.