Former Slovak Minister of Finance and Deputy Prime Minister for Economy Ivan Miklos, who has been invited by Ukrainian Parliament Speaker Volodymyr Groysman as Finance Minister of Ukraine if Grosyman is appointed prime minister, has named conditions for his work in a new Ukrainian government. 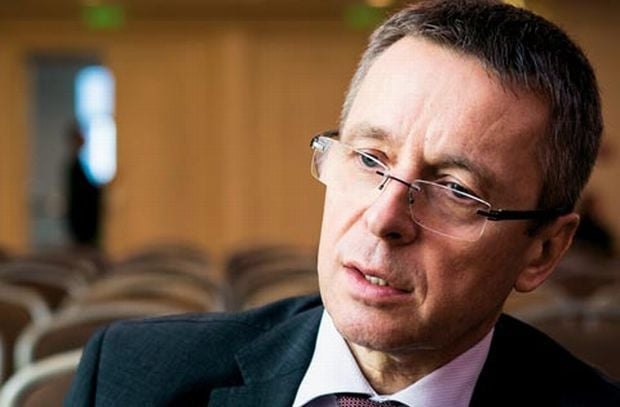 Miklos says not very good command of Russian could be an obstacle to his work as finance minister / Photo from tyzhden.ua

"I've given my preliminary consent to become finance minister, but put forth my conditions. There are three of them. The first is no change in Slovak citizenship, the second is the programs of the future government, and the third is its composition. It is important to me that this should be a reform-oriented and anti-corruption government," Miklos said in an interview with Ukrainian weekly Novoye Vremia.

At the same time, he said that not very good command of Russian could be an obstacle to work in this position. "I understand almost everything what is written and said in Russian, but my spoken language is not very good. It would be difficult to participate in debates with the help of an interpreter. And perhaps this could be the reason why I would reject the proposal to become finance minister. In any way, I see myself as a temporary figure for a short period of time," he said.

As UNIAN reported, Groysman who is among possible candidates for Ukraine's prime minister announced earlier he would like to see Miklos, who is now an advisor to Ukrainian Finance Minister Natalie Jaresko for the tax system, decentralization and general reorganization of public finance in Ukraine, in his new government as the finance minister.

Read alsoGroysman names nominees for his team in Cabinet if appointed PMHowever, according to media reports, Miklos does not want to give up his Slovak citizenship, because under Ukrainian laws, high-ranking officials should have Ukrainian citizenship.