The so-called Panama Papers leak involving Mossack Fonseca, a Panama-based law firm that registers companies in tax havens, has hit Ukraine harder than Russia, according to The Economist. 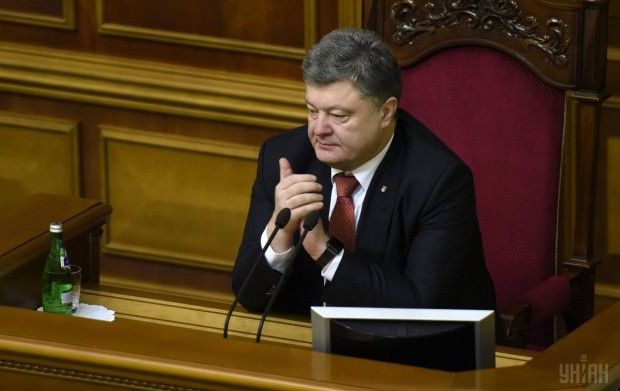 The Kremlin had warned that an attack was coming. "Comrades are working in accordance with tried and tested schemes," Vladimir Putin's spokesman, Dmitry Peskov, said last month, predicting an attempt to "rock the boat" ahead of elections in Russia, The Economist wrote.

But when the Panama papers appeared, revealing a $2 billion trail leading to Mr. Putin's inner circle, the leadership exhaled. "We were expecting more impressive results," said Mr. Peskov. "They have found little new."

Suggestions of shady dealings in the president's court neither surprise nor enrage most Russians. Only a few opposition activists came out to protest in central Moscow on April 5; several were quickly detained. Some 76% of the country believes its authorities are corrupt; 66% say Mr. Putin bears significant or full responsibility for such high-level corruption. Yet he remains secure. "Corruption is seen as a fact of life, and the sense that there's nothing we can do about it is pervasive," says Maria Lipman, editor of the journal Counterpoint. The latest revelations will do nothing to change those perceptions.

With the help of friendly media, the Kremlin has instead used the leak to reinforce a familiar story of Western meddling. As Lev Gudkov, head of the Levada Centre, an independent pollster, points out, Russian reactions depend almost entirely on the nature of the news coverage.

State-run television networks said little about the Panama papers except to present them as part of an "information war" against Mr. Putin, "the curatorial work of the U.S. State Department itself." Mr. Putin's name, they note, does not appear in the Mossack Fonseca documents. Questions about how the president's old friend, the cellist Sergei Roldugin, came into such enormous wealth are dismissed as "Putinophobia." Andrey Kostin, head of the state-run bank VTB, which allegedly made loans to Mr. Roldugin through a Cypriot subsidiary, called the notion of Mr. Putin's involvement "bullshit."

Read alsoPoroshenko’s legal advisors: creating offshore companies only way to transfer Roshen into "blind trust"The documents may prove far more damaging for Mr. Putin's counterpart in Ukraine, Petro Poroshenko. A confectionery magnate known as the "Chocolate King," Mr. Poroshenko promised to sell his company, Roshen, after winning the presidency in May 2014. Earlier this year he announced that he had transferred his assets to a blind trust. Instead, the documents indicate, they were moved offshore to the British Virgin Islands.

Legally, Mr. Poroshenko may have an explanation. His associates suggest, and some experts agree, that the BVI company created in his name was nothing more than a vehicle for a pre-sale restructuring of Roshen. The documents do not suggest Mr. Poroshenko abused his office to enrich himself. The Ukrainian general prosecutor's office says that so far it "does not see any elements of a crime."

Politically, though, this is a giant problem for a president who rode a revolution to power promising to clean up his country's crooked political system. Ukrainian media emphasized that Mr. Poroshenko opened his offshore account just as soldiers were being massacred in the battle for Ilovaisk in August 2014. Several reform-minded MPs have called for the creation of a special investigative committee in parliament, while populists are clamoring for Mr. Poroshenko's impeachment. The revelations also did little to help Ukraine's case in the Netherlands, where voters overwhelmingly rejected a trade deal between the EU and Ukraine in a referendum on April 6.

"The Panama controversy comes at a sensitive moment for Kyiv," The Economist wrote. A governmental crisis has been dragging on for more than a month. Negotiations to form a new coalition in parliament and replace the widely loathed prime minister, Arseniy Yatsenyuk, seemed poised for resolution but are now imperiled again. Early parliamentary elections look ever more likely, an outcome that Ukraine's Western backers have been straining to prevent. "Compared with the government and the parliament, the presidency was an institution that seemed to maintain a relative measure of trust," writes Svitlana Zalishchuk, a reform-minded MP from Mr. Poroshenko's party. "Now the war of all against all is entering a new and dangerous phase."