G7 foreign ministers on Monday discussed the situation in Ukraine and called on Moscow to participate more actively in the peace process, influencing the militants in Donbas, according to the Russian edition of Deutsche Welle. 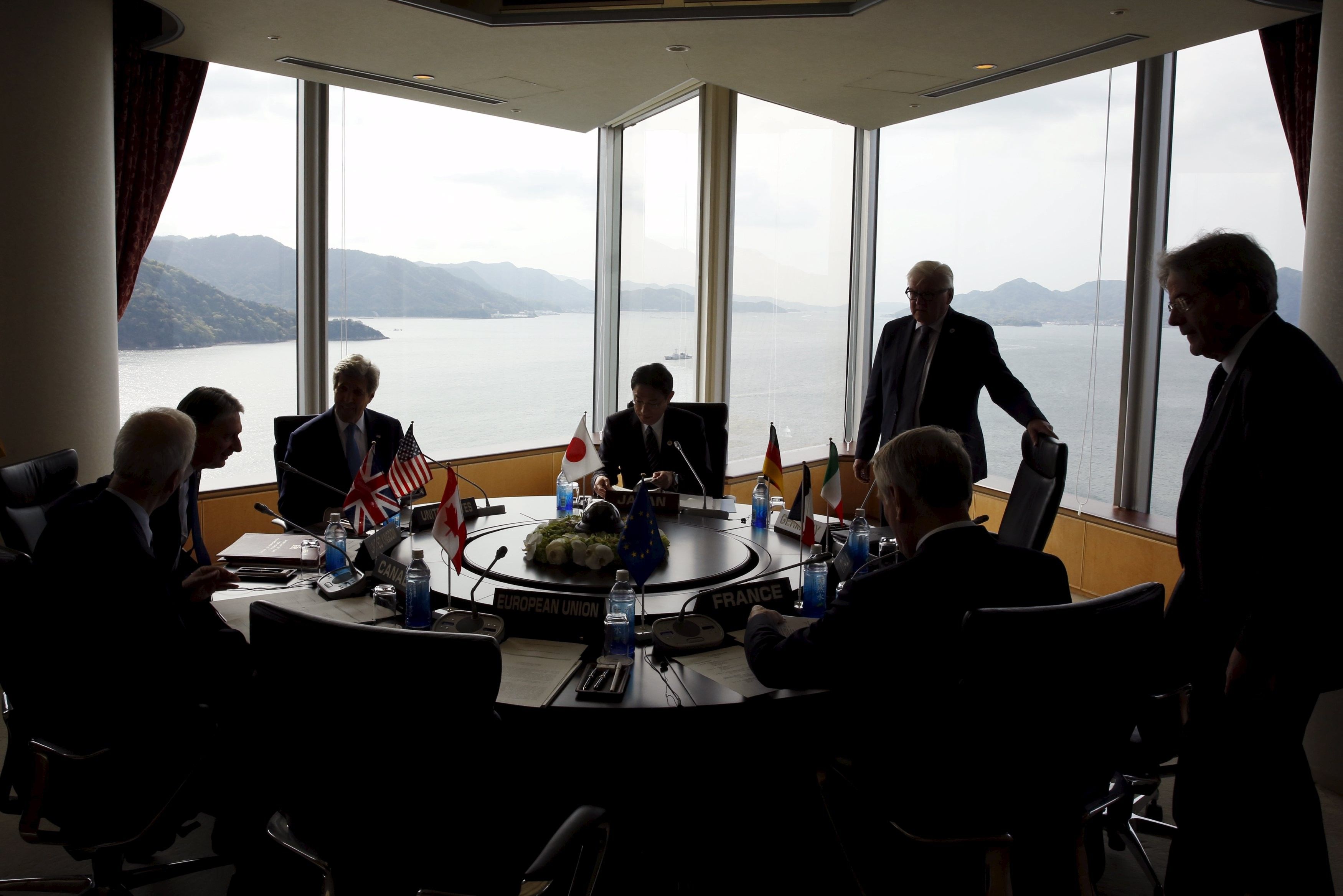 At a meeting in Hiroshima, the leaders urged Moscow to put influence on the militants in eastern Ukraine and re-emphasized direct link between the lifting of Western economic sanctions against the Russian Federation with the compliance of the Minsk agreements, DW reports, with reference to the communique at the disposal of dpa agency.

According to the communique, the annexation of the Ukrainian peninsula of Crimea by the Russian Federation is regarded by G7 countries as a violation of international law.

Read alsoJapan to raise issue of Ukraine settlement at G7 Summit"We expect that Russia will respect its obligations," the report says.

All interested parties should fully implement the Minsk agreements to solve the problem through peaceful and diplomatic means, G7 foreign ministries said. At the same time, diplomats have expressed interest in a dialogue with Moscow.

On April 10-11, the foreign ministers of the UK, Germany, Italy, Canada, U.S., France and Japan discuss in Hiroshima the problems of global terrorism, migration crisis, the subject of non-proliferation of nuclear weapons, the conflicts in Syria and Ukraine.