Pyatt: $1 bln in U.S. loan guarantees to Ukraine to depend on new Govt 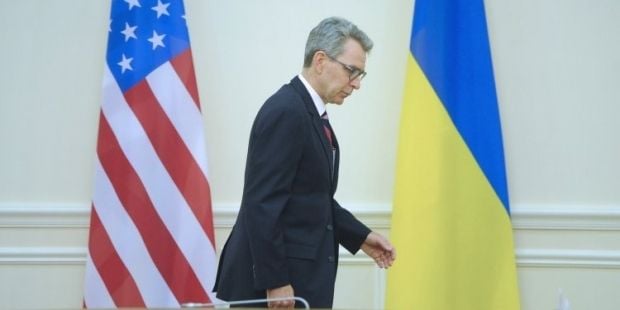 Until there is no new government in Ukraine, there will be no third tranche of loan guarantees in the amount of $1 billion, Pyatt said during his visit to Gostomel Antonov airfield on Tuesday.

According to the Ambassador, it's not just about the U.S. financial assistance, but also that from the International Monetary Fund and the European Union.

Read alsoAmbassador Pyatt explains how U.S. aid spent on prosecutorial reform in UkraineIt all depends on the new Cabinet of Ministers with a clear mandate to carry out reforms, Pyatt said.

In this regard, the Ambassador stressed that the U.S. expects further progress in other important areas of reform, including the appointment of a new reform-minded Prosecutor General, who will enjoy support and trust of the Ukrainian people, the Verkhovna Rada and civil society.