Bloomberg: Five challenges for the new faces in Ukraine's government

The new lineup, led by Volodymyr Groysman, an ally of President Petro Poroshenko, won't have long to settle in, according to Bloomberg. 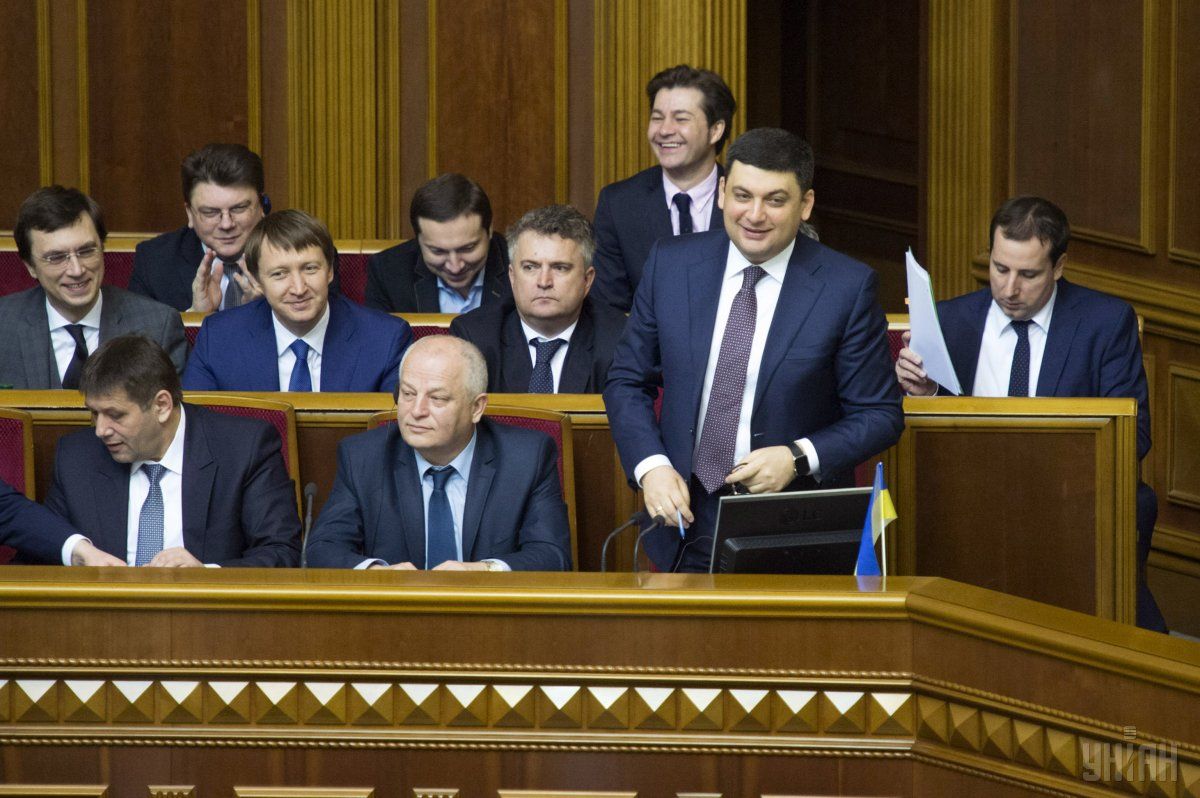 The former Soviet republic is facing a raft of challenges, from its finances to reforms and the simmering conflict with pro-Russian insurgents in its east. Here are the five biggest issues the new cabinet will have to tackle, Andrew Langley  wrote in an article titled "Five Challenges for the New Faces in Ukraine's Government," published by Bloomberg on April 15, 2016.

The third disbursement from Ukraine's $17.5 billion bailout has been held up since October, first over this year's budget, then over the uncertainty around the government. Groysman has said getting the program back on track is among his priorities. Not only will the delayed $1.7 billion tranche from the International Monetary Fund be a welcome addition to central bank reserves, but approval of that transfer will also pave the way for more than $4 billion in bilateral aid from allies including the U.S. and the European Union.

Disappointment over promises to tackle graft was at the heart of the tensions that prompted the government shake-up. Reformist Economy Minister Aivaras Abromavicius quit in February, alleging corruption within Poroshenko's own party, while Deputy Prosecutor General Vitaliy Kasko left shortly afterward, citing a lack of will among his bosses for fundamental change. The president has since fired his chief prosecutor, though the new team will need to show it's serious about ridding Ukrainian politics of the vested business interests that have dominated the post-Soviet era. The nation's corruption perceptions ranking at Transparency International barely budged last year. The IMF has warned that failure to tackle graft would jeopardize the bailout. 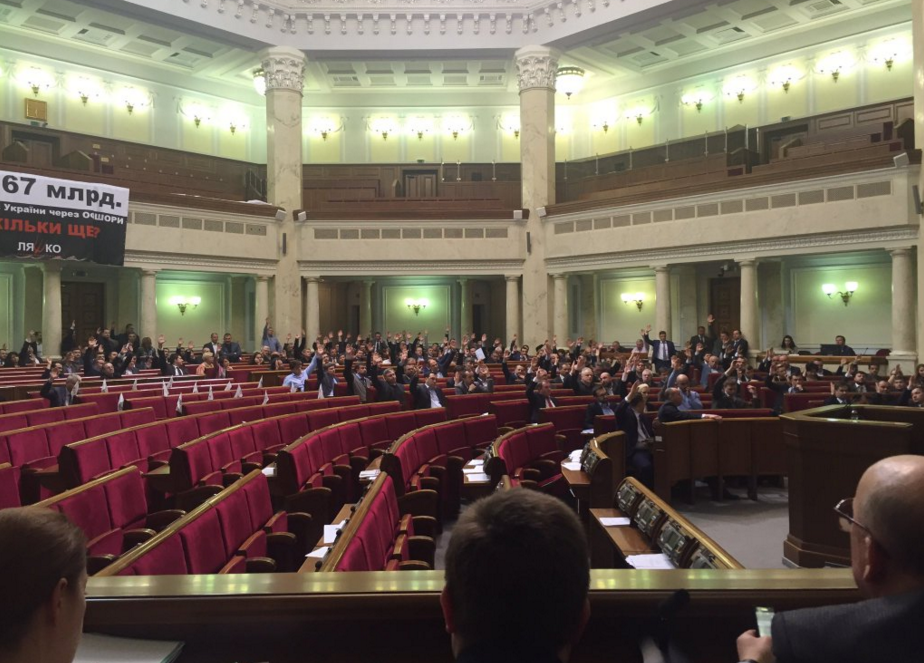 The formation of a new parliamentary coalition in Ukraine / twitter.com/D_Stoliarchuk

February's departure of two small parties from the ruling coalition raised the specter of snap elections and the new government will have its work cut out to staunch speculation that an early vote remains a possibility. In an interview in February, Ex-Prime Minister Yulia Tymoshenko called a snap ballot the only way Ukraine can avoid a repeat of the infighting that sank Orange Revolution promises to rebuild the state a decade ago. The latest coalition in parliament is little changed from the previous incarnation, and friction between the parties of Poroshenko and ex-Premier Arseniy Yatsenyuk will probably persist. Fresh elections would risk a more fragmented parliament as the polling numbers for Poroshenko and Yatsenyuk have collapsed.

4. Keep economy out of recession

Under the weight of deadly street protests, Russia's annexation of Crimea and a war in its eastern industrial heartland, Ukraine's economy shrank for 1 1/2 years. Having stabilized the hryvnia and signed an accord to stem fighting, the nation exited recession in the third quarter of 2015. While the rebound has been modest, exports are gradually recovering thanks to the plunge in the local currency, and an extension of the relative peace in the eastern Donbas region could help revive investment. Even so, the political squabbling has damaged confidence. In March, the Economy Ministry cut its first-half forecast for growth in gross domestic product to zero from 1%.

While fulfilling the peace agreement signed in the Belarusian capital of Minsk February 2015 is primarily down to Poroshenko rather than the cabinet, he'll need all the lawmakers from the revamped parliamentary coalition, and more, to help pass necessary legislation. Unity has been lacking in recent months, and Poroshenko backed away from a vote on constitutional changes to grant pro-Russian separatist regions special status for fear he wouldn't get the bill through parliament. With the conflict in Donbas effectively frozen, a lack of progress on implementing the Minsk pact risks eroding goodwill among allies in Europe and the U.S., which have sanctioned Russia over the unrest.