In her letter Savchenko asked to be transferred to Ukraine within the framework of the Council of Europe Convention on the Transfer of Sentenced Persons of 1983.

The appeal is dated April 7.

Read alsoPACE's debate on Savchenko postponed until Apr 21 – MP"I have repeatedly insisted that Nadia Savchenko was illegally abducted from the territory of Ukraine and was subject of a sham trial, which Nadia does not recognize, and therefore, she even barred her lawyers from appealing against this shameful verdict," he wrote. 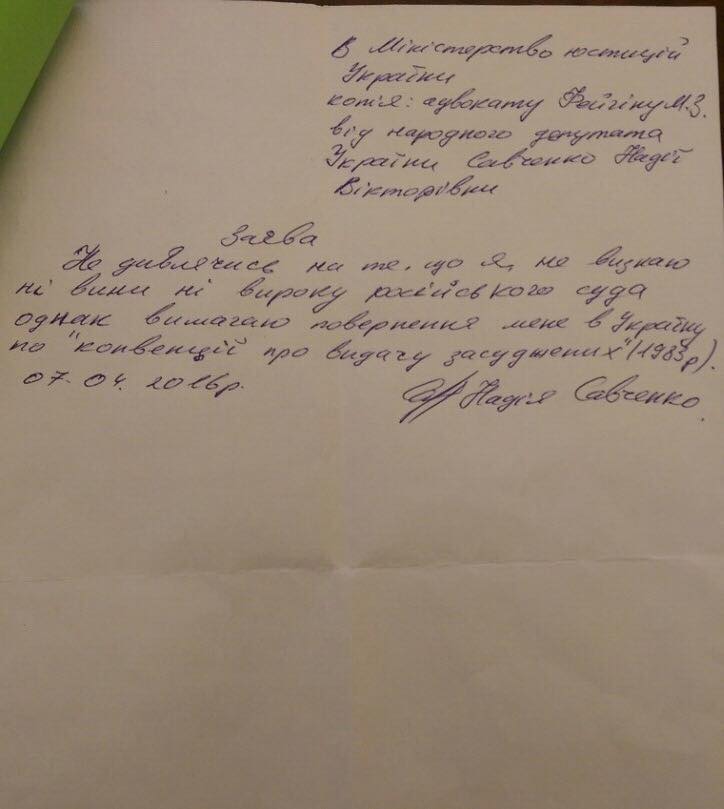 Petrenko said he would do everything possible under international conventions to return Savchenko home.

Read alsoRussian GRU officers Yerofeyev, Alexandrov sentenced to 14 years in prisonThe official also said that on Tuesday, he is to meet with the convict’s sister Vira Savchenko.