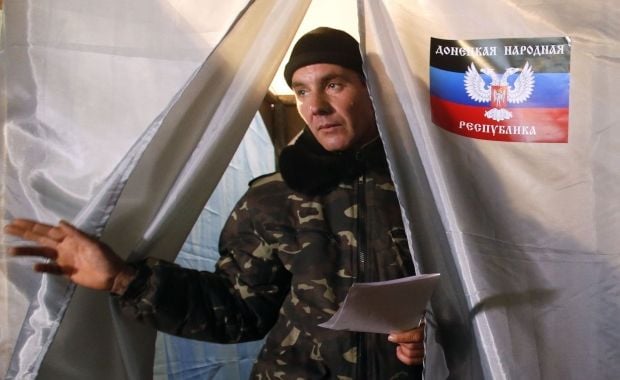 Zakharchenko’s decision is sealed with the corresponding decree, published on the pro-militant websites.

Read alsoZakharchenko: "Local elections" in DPR to be held under "militant laws""Local elections in the DPR are postponed until July 24. Head of the Donetsk People's Republic Alexander Zakharchenko has signed the decree No.108 of April 18 of this year on postponing the election of local heads," reads the statement. 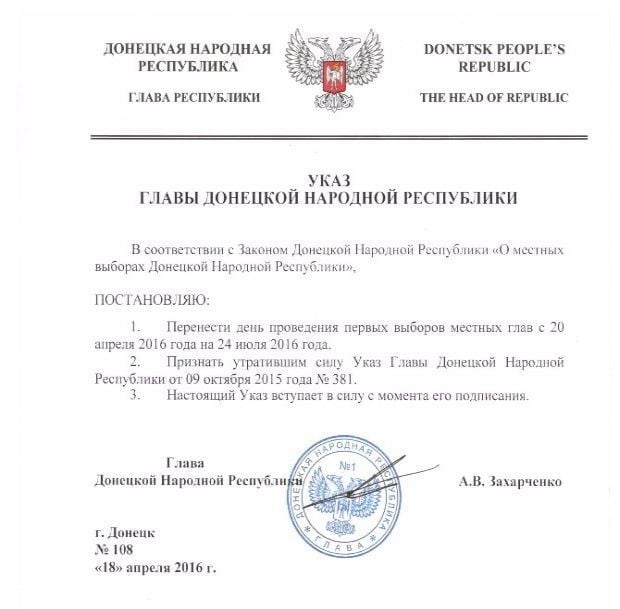