Rallies in Armenia over Lavrov visit grow into clashes with police

Hundreds of activists gathered in the centre of Yerevan to protest against the visit of Russian Foreign Minister Sergei Lavrov, who came to Armenia on April 21, according to Ukraine Today. 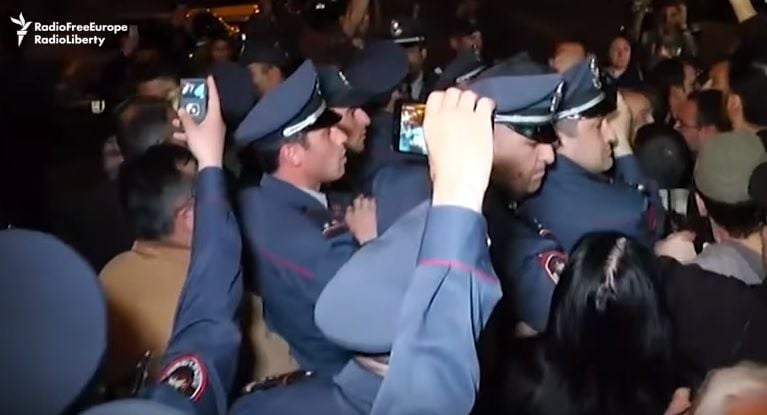 Russian Foreign Minister is in Yerevan amid a flare-up of violence between Armenia-backed separatists and Azerbaijani forces over the breakaway region of Nagorno-Karabakh.

On April 22, Lavrov is expected to discuss ways to settle the conflict during talks with Armenian President Serzh Sarkisian and Foreign Minister Eduard Nalbandian.