Germany and the United States support the Minsk peace agreements on Donbas, which are designed to settle the crisis in the east of Ukraine, and call on the sides to implement them as soon as possible, according to Deutsche Welle. 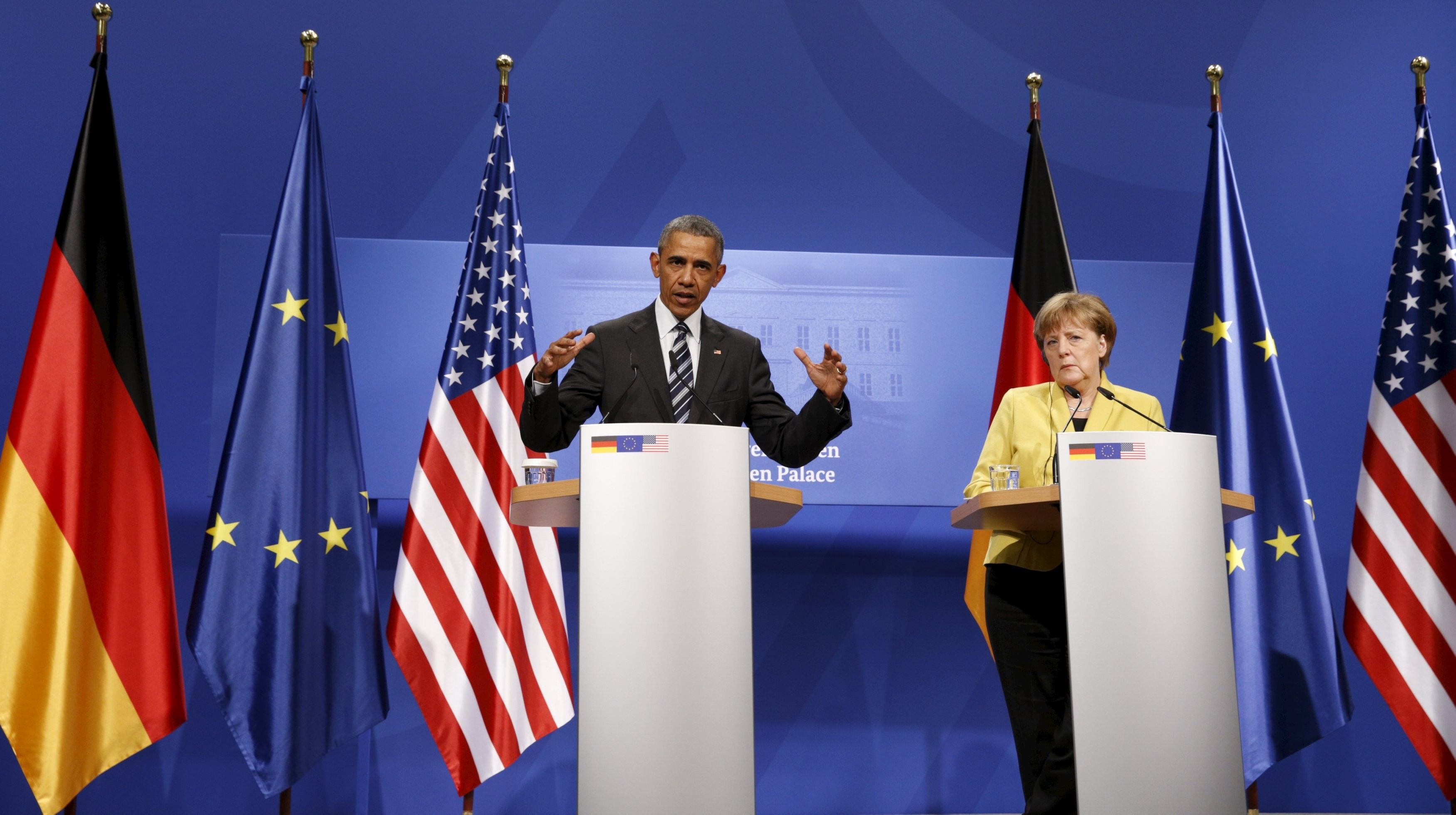 "We will jointly take steps for this. Both as in talks with the Ukrainian side and mostly with Russia," German Chancellor Angela Merkel said at a joint press conference with U.S. President Barack Obama in Hannover, Germany, on Sunday.

At the same time, Merkel says that the truce in the east of Ukraine is not steady. "Until now we haven't got the stable ceasefire, and we should more actively proceed in the political process," she said.

She announced she had discussed further steps with Obama in detail to achieve a full ceasefire in Donbas.

Obama in turn said that the issue of rolling back anti-Russian sanctions would be discussed only when Moscow fully implemented all the provisions of the Minsk accords.