Ukrainian-born Russian billionaire Konstantin Grigorishin, who is charged with tax evasion of almost 675 million rubles, has been arrested by a Russian court in absentia, according to Russian news agency TASS. 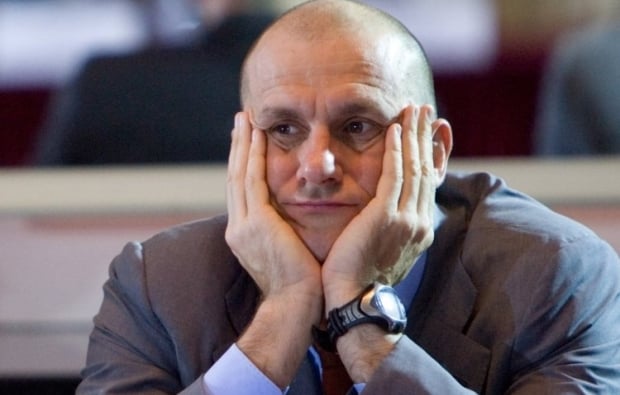 "The court has passed a ruling in absentia in favor of the investigators' petition for placing Grigorishin in custody," a judge of Moscow's Basmanny district court announced on Tuesday.

Grigorishin is facing the punishment under Part 3 of Article 33 and Part 2 of Article 199 of the Criminal Code of Russia (tax evasion by a group of persons in collusion).

Read alsoYatsenyuk accuses Grigorishin of anti-Ukrainian work on Russia's FSBThe investigators insisted that Grigorishin together with Vladimir Bogatyryov, the director general of PIK Sozidaniye, which is Ukrainian transformer manufacturer OJSC Zaporizhtransformator's official dealer in Russia, had deliberately mentioned wrong information in value-added tax and corporate tax declarations for 2009-2010. The Russian budget lost almost 675 million rubles due to their activity.

Grigorishin's defense in turn announced that neither investigators nor tax inspectors had provided enough information to compensate the losses. What is more, the investigators failed to prove that Grigorishin had officially been informed about charges he was facing.

"There are no grounds to say that Grigorishin has been hiding away, as he was not in Russia when the case was opened," the lawyer said.

The defense says that Grigorishin was ready to compensate the losses but they had been unable to receive needed documents from their client, as there are no direct flights between Moscow and Kyiv.

If arrested, Grigorishin will be remanded in custody for two months.