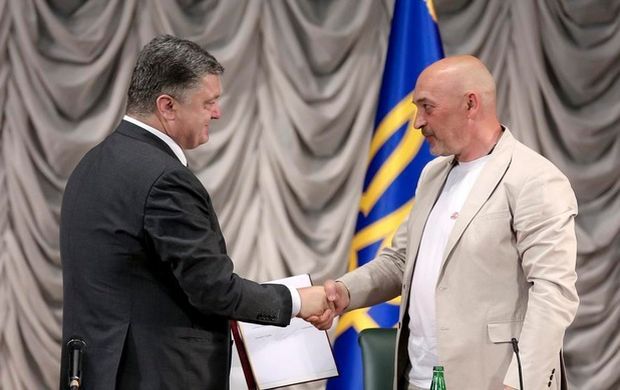 "George Tuka is dismissed from his post of head of the Luhansk military and civil administration," the publication reported.

In addition, the online portal CXID.info, referring to an informed source, reported that Yuriy Harbuz is currently being considered as a candidate to replace Tuka at his post.

According to the source of RBC-Ukraine, Tuka is likely to take the post of Deputy Minister of Defense.

Meanwhile, a source in the government has told UNIAN that the Cabinet today holds a closed meeting. The newly-created government headed by Volodymyr Groysman plans to take decisions on staff appointments in the ministry.

Yuriy Harbuz is an MP, elected in constituency 114 in Luhansk region, member of the Bloc of Petro Poroshenko parliament faction.