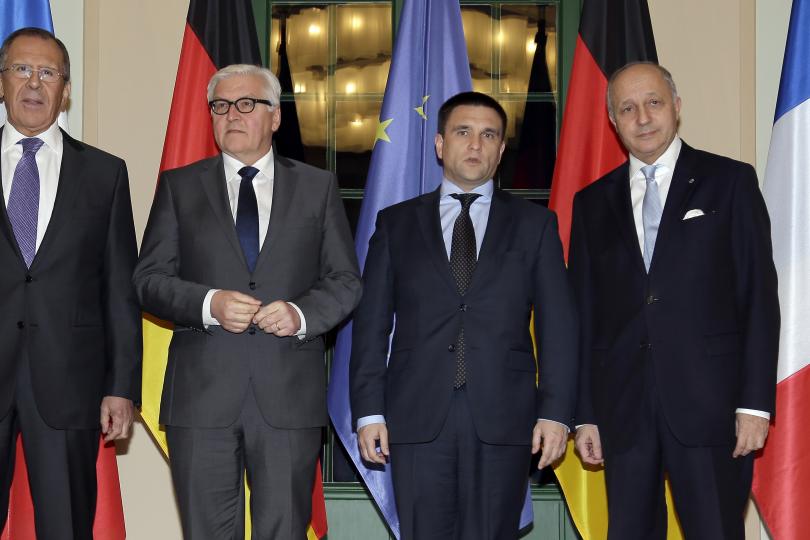 According to the source, two major subjects will be on the agenda of the meeting: the observance of the ceasefire in eastern Ukraine and conditions for holding local elections in Donbas.

After the previous Normandy Four meeting in Paris early in March, German Foreign Affairs Minister Frank-Walter Steinmeier did not hide his disappointment. Early in May he announced that the German government wanted to "give new momentum" to peace talks between Russia and Ukraine.

"We have lost time. The ceasefire has become more fragile … I think it is necessary that we now give new momentum to overcoming the obstacles between Kyiv and Moscow," Steinmeier said then.

Read alsoOSCE: Heavy arms in Luhansk and Donetsk for 9 May Day parades violate Minsk accordsHe invited his counterparts within the Normandy Four to meet in Berlin on May 11 to discuss the preparation of the local elections in eastern Ukraine. The German minister said "concrete proposals [are] now on the table" that include "interesting restabilization proposals."

According to Deutsche Welle, until now Ukraine has demanded that the conditions for the local elections in uncontrolled areas in Donbas should include a full ceasefire and OSCE monitors' free access to any of the areas.

The OSCE should play a major role during the elections, it should not only act as a monitoring mission but also as the guarantor of security.

The future of this mission looks unclear at the moment, but it is most likely to become one of the subjects on the agenda of the Berlin meeting.

Read alsoOSCE chief comments on possible deployment of police mission in Ukraine's eastAs UNIAN reported earlier, the Berlin-based Federal Foreign Office of Germany as Chair of the OSCE on April 27, 2016, issued a statement in response to reports on alleged plans for an armed OSCE mission to eastern Ukraine, stressing that the OSCE monitoring mission currently in place in eastern Ukraine is a civilian, unarmed mission.

"This was decided by the 57 participating states of the OSCE, and neither Germany nor France are involved in any agreement about changing the civilian nature of the mission – neither within the OSCE nor in the Normandy format," the statement said.

"It is true that we have, in our capacity as Chair of the OSCE and following consultations within the Normandy format, asked the Secretariat to develop options for improving security at the planned local elections. It is too early to say what the findings will be. Without wishing to pre-empt any decision, we can say that we find it difficult at this time to imagine what an armed OSCE mission might look like that had the objective of effective ensuring the security of the elections in the separatist areas and enhancing the security of OSCE observers," the statement said.

The OSCE says it currently has no precedent for an armed mission. "On the contrary, being civilian in nature is a particularly important feature of OSCE monitoring missions, which require the consent of conflict parties to operate," it said.