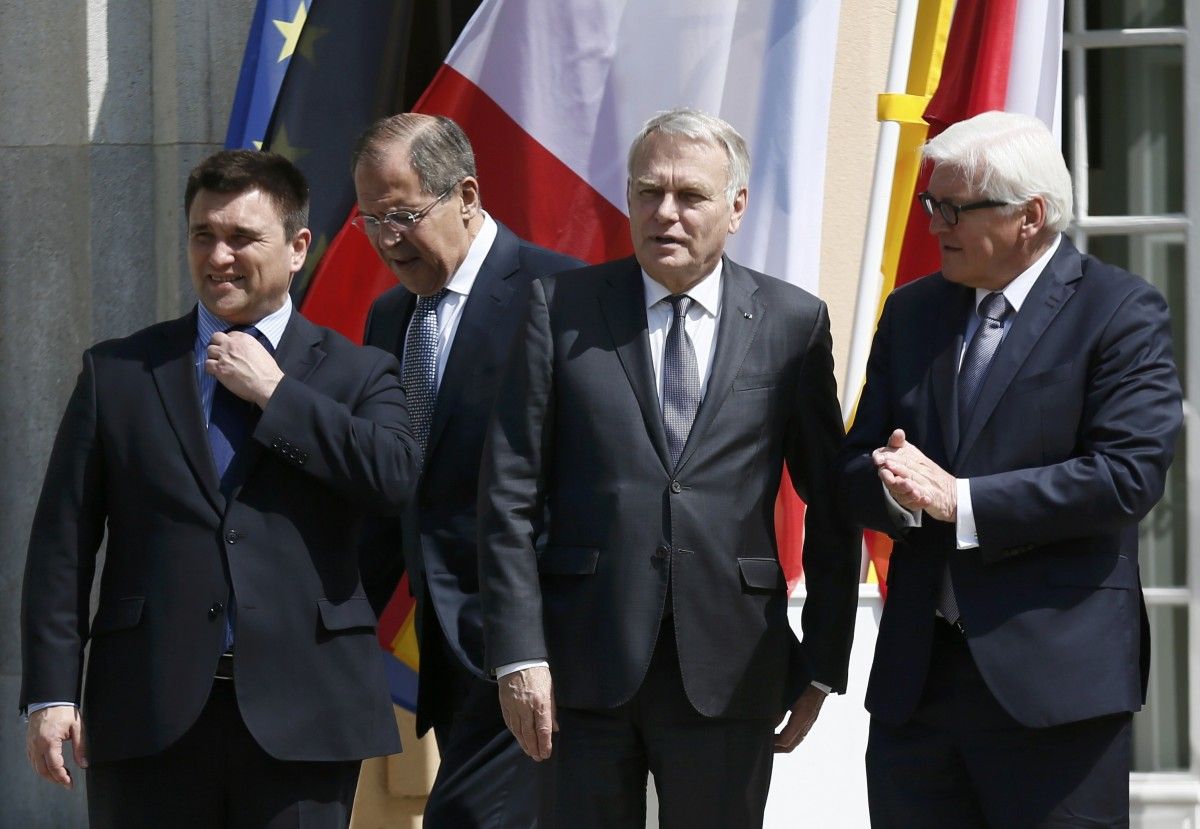 According to Lavrov, no progress was reached on these issues, because, as he puts it, these problems should be solved in "direct dialogue between Kyiv, Donetsk and Luhansk," according to Krym.Realii.

Speaking about "Donetsk and Luhansk," Russia refers to representatives of the Russian-backed separatist armed groups of the "DPR" and "LPR," which Ukraine recognizes as terrorist organizations.

Read alsoNormandy Four FMs agree "int'l component" should be present in DonbasLavrov also spoke out against Ukraine's plan to welcome an armed international mission to ensure security on the eve of the local elections in the occupied part of Donbas.

Lavrov also claimed that the foreign ministers of Germany and France had agreed with Moscow's position that the elections in the occupied part of Donbas could not be postponed due to unresolved safety issues.

In addition, Lavrov reasserted that Russia was not a party to the conflict in the east part of Ukraine.

Read alsoMeeting in Berlin: where will Normandy talks bring UkraineFor Ukraine, the issue of security is important, but it's not the only one in the issue of holding Donbas elections. Ukrainian Foreign Minister Pavlo Klimkin said after the meeting in Berlin that the issue of the election was not resolved "due to Russia's position, because of Russia's reluctance and unwillingness to agree to the principles of the elections based on the Ukrainian legislation and the OSCE standards." He added that such principles as, for example, Ukrainian media access or participation of the Ukrainian political parties in these elections should not be an issue of discussion at all.

On May 11, Klimkin said that the OSCE Special Monitoring Mission would develop concrete proposals on security in the east of Ukraine in the near future.