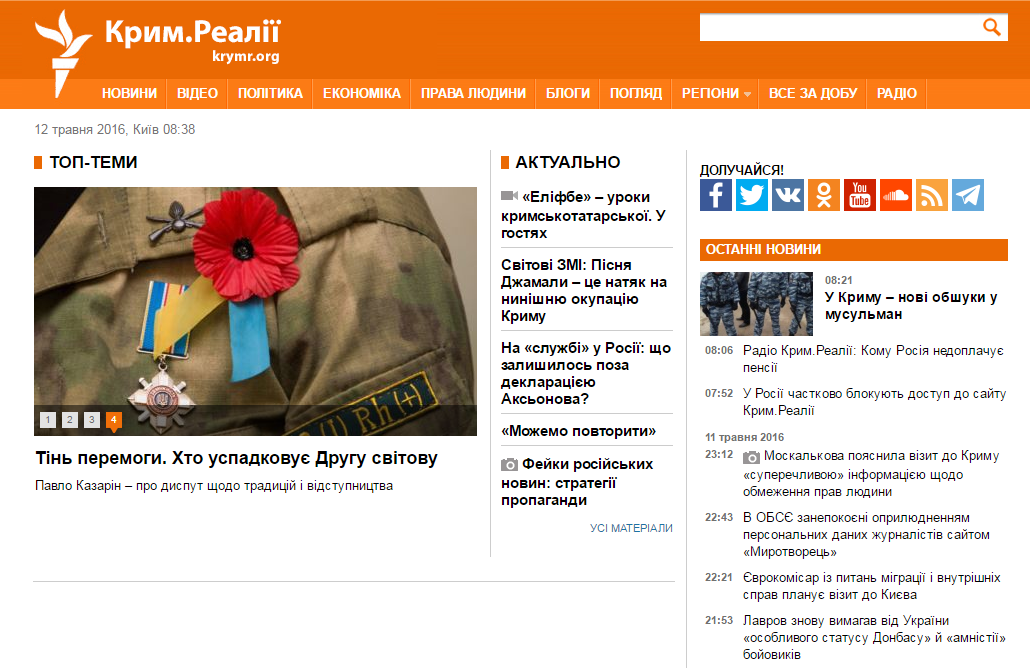 Some observers are expressing concern that blocking Krym.Realii may be the first step towards banning RFE/RL in its entirety in Russia.

"This is an aggressive act that uses the outrageous pretext of extremism to censor RFE/RL and prevent audiences in Russia and Crimea from learning the truth about the annexation," RFE/RL Editor in Chief Nenad Pejic said in a statement on May 12.

"We condemn it as an attack on RFE/RL's operations and the public's fundamental right to freely access information," he added.

Read alsoRussia blocking Radio Liberty's Krym.Realii websiteCrimea's Moscow-appointed, de facto Prosecutor-General Natalia Poklonskaya posted a statement on May 12 saying that Russia's Internet regulator, Roskomnadzor, had launched measures to block and shut down the site. Her office had earlier issued a call for the website's closure on April 19, claiming it seeks to "discredit the Russian Federation, incites inter-ethnic hatred and promotes extremism." A contributor to the website was arrestedthat day, drawing a sharp rebuke from U.S. Embassy in Kyiv spokesman Jonathan Lalley, who called it an example "of the Russian government’s growing crackdown on independent voices in Russia and Russia-occupied Crimea."

According to Roskomnadzor's website, decisions to block access toKrym.Realii were adopted in September 2015 in connection with Russia's law on extremism; it is unclear why these decisions are being implemented now.

Krym.Realii is one of the last remaining sources for independent reporting about Russia-annexed Crimea. It is published in Russian, Ukrainian, and Crimean-Tatar languages, and has logged an average of 2.2 million visits monthly to its website over the past 12-month period.