Member of Parliament, adviser to the Ukrainian interior minister Anton Gerashchenko has lodged a motion with the SBU Security Service of Ukraine and the Ukrainian Ministry of Foreign Affairs (MFA), asking to refuse entry into Ukraine to former USSR President Mikhail Gorbachev for backing the annexation of Crimea, according to 112.ua. 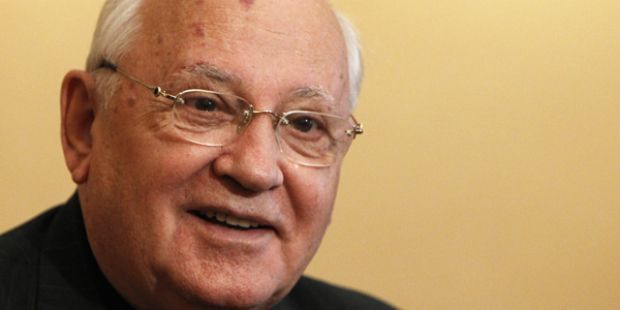 "I think such statements are violations of both the Criminal Code of Ukraine and human values. Therefore, today I have filed a motion, asking the SBU chief, the Minister of Foreign Affairs to ban Gorbachev's entry into the territory of Ukraine," Gerashchenko said, 112.ua reported.

He also urged the Delegation of the European Union to Ukraine to consider an EU entry ban for Gorbachev. "No one is allowed to publicly recognize the annexation of Crimea by Russia. It was an act of aggression and violation of the territorial integrity of Ukraine," he said.

"I'm sure Ukraine will deny Gorbachev entry, and as for the EU – I think that our European partners should assess statements of this kind, which call to recognize the annexation of Crimea by Russia," Gerashchenko said.

Read alsoChronicles of occupation: New round of repression in CrimeaMedia earlier cited Gorbachev who told The Sunday Times that he backed Russian President Vladimir Putin's seizure of Crimea.

Gorbachev particularly said he would have acted the same way as Putin if he had found himself in a similar situation. "I'm always with the free will of the people and most in Crimea wanted to be reunited with Russia," the last Soviet leader said.