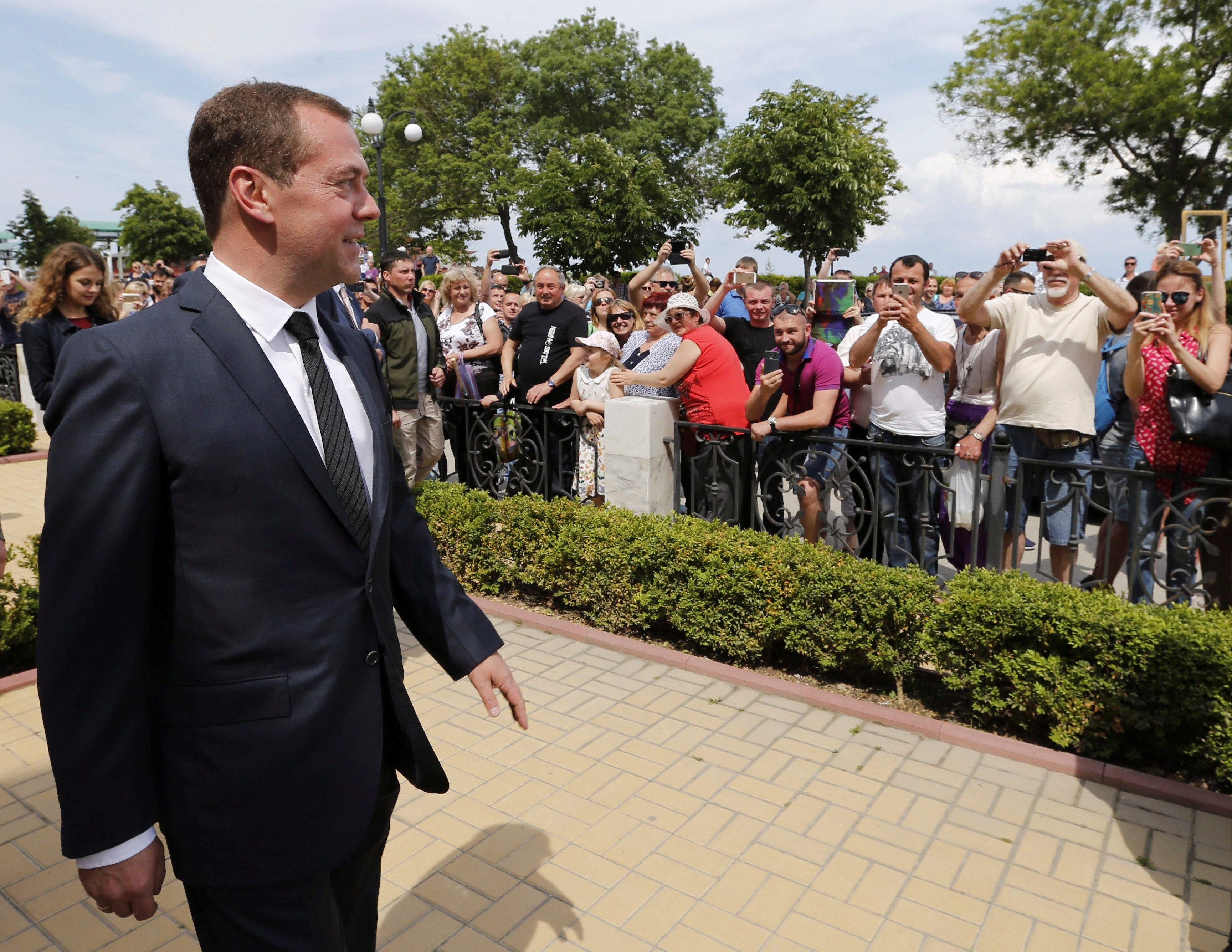 "Medvedev's visit to the territory of the Autonomous Republic of Crimea is a blatant disregard by the Russian authorities of the state sovereignty of Ukraine, the evidence of the violation of the UN Charter by the Russian Federation, the principles and norms of international law, a conscious disregard for its international obligations," according to the official website of the ministry.

The Foreign Ministry stressed that "the entire responsibility for this and other violations rests with the Russian Federation as an occupier-state according to the international law, with its officials, as well as illegal Crimean authorities and their representatives who take illegal decisions and commit illegal actions."

The relevant protest note has been sent to the Russian Foreign Ministry.

Read alsoProspects for Crimea returnOn May 22-24, Medvedev pays a visit to the temporarily occupied territory of Crimea. In particular, he visited the Aivazovsky National Art Gallery in Feodosia.

It is reported that he was confronted with pensioners who complained about low pensions. Medvedev said that "there is no money," and the government plans to raise payments "across the country, not in a particular region." In a statement widely ridiculed in social media he told the senior citizens: "Be strong!" and wished them well, instead of actually addressing the issue.