Putin explains why he "pardons" Savchenko

Russian President Vladimir Putin has thanked the families of the journalists killed in Donbas on June 17, 2014, for their position regarding a "pardon" granted to Ukrainian captive pilot Nadia Savchenko, according to Russian news agency TASS. 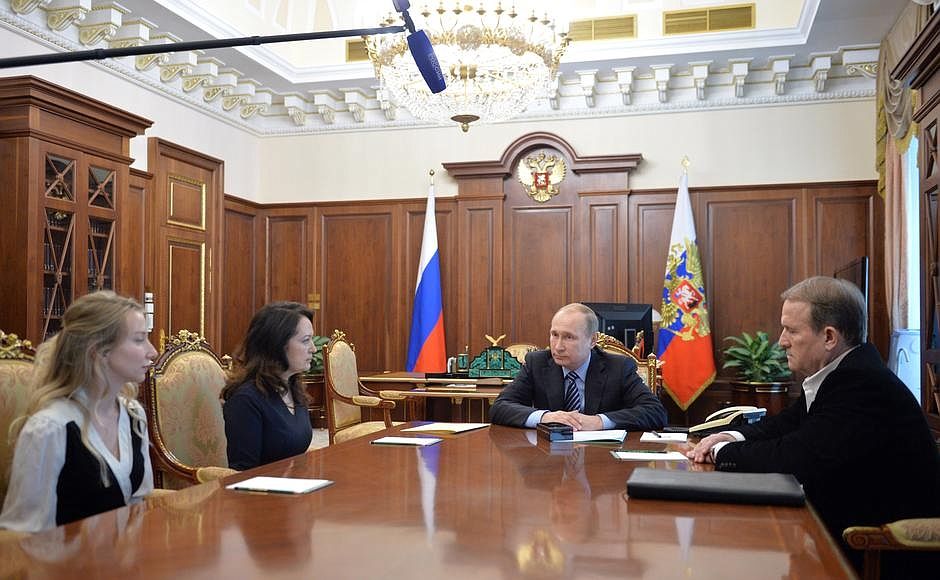 "I only want to thank you for this position and express hope that such decisions are first of all prompted by humanitarian considerations, will reduce confrontation in the conflict zone and will help avoid such awful and unwanted losses," Putin said, TASS wrote.

"Thank you very much," the president said to Anton Voloshin's sister and Igor Kornelyuk's widow.

Savchenko was swapped for two Russian GRU special forces officers Yevgeny Yerofeyev and Alexander Alexandrov, who flew to Moscow on the same day when Savchenko returned home on May 25, 2016.

UNIAN's memo. On March 22, 2016, a Russian court sentenced Savchenko to 22 years in prison for the alleged murder of Russian journalists who were illegally in the east of Ukraine – Russia's VGTRK Media Group journalists Igor Kornelyuk and Anton Voloshin.