EU Ambassador Tombinski: No progress in settlement of Donbas conflict 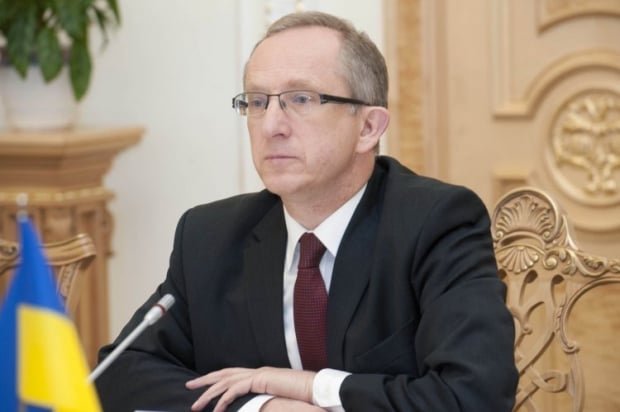 "Yes, we see no progress in the Minsk talks, and we see an increase in violence and ceasefire violations. We see more problems than solutions. However, [the Minsk agreement] is the only structure we've got for the discussion of future solutions to what has unfortunately happened in the east of Ukraine to millions of Ukrainians who have become hostages of that conflict," Tombinski said at an open meeting with the public entitled "Laying the Foundation of Ukraine's Future" in Kyiv on Friday.

"What is the common position of all EU member states? The sanctions were introduced over the illegal annexation of Crimea and aggression in the east of Ukraine," he said.

"The grounds on the basis of which it was decided at the very beginning to introduce sanctions against Russia haven't disappeared. A decision by the member states and those with the mandate to take corresponding decisions in Brussels during the Council of the EU in the first days of July will be based exactly on the grounds of [the introduction of] the sanctions," he said.

The Ambassador also touched on visa liberalization for Ukraine, which is actively being discussed by the public.

Read alsoUkraine's Foreign Ministry on visa liberalization: EU's last mile to goA decision to suspend the consideration of visa-free travel for Ukraine hasn't been made yet though there are media reports about possible delays in introducing the visa-free regime, he said.

At the same time, the European Commission is simultaneously considering the possibility of introducing a special tool to respond to migration-related threats.

What is more, Ukraine and Georgia are not considered in one visa liberalization package, he said.