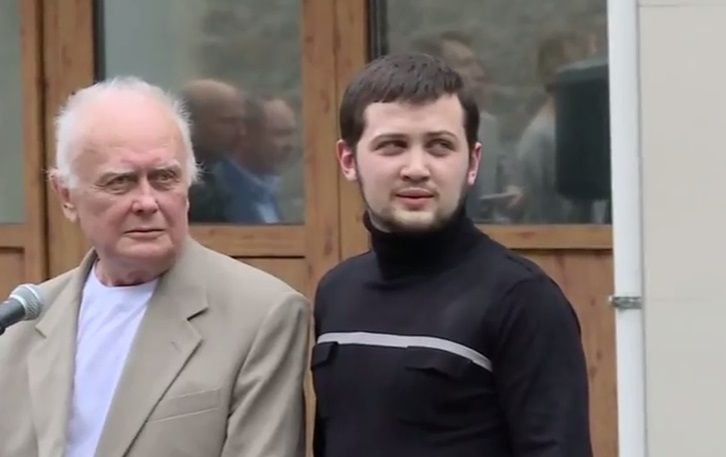 "If there are foreign journalists here, I want to you to address you. I’ve gone through torture and pain, just like many others. I am asking you to not abandon the sanctions, to continue with this policy, to not cancel any [sanctions]... Thank you. Don’t abandon [the sanctions]. And maybe Oleh Sentsov Oleksandr Kolchenko and other Ukrainian political prisoners will return soon," Afanasyev said.

As UNIAN reported earlier, Russian President Vladimir Putin has signed a decree to pardon the wrongfully convicted Afanasyev and Soloshenko.

SBU chairman's adivor Yuriy Tandit said that Afanasyev and Soloshenko had been exchanged for two Russian citizens who were related to the tragic events in Odesa on May 2, 2014.