Ukraine furious over remarks on Russia by UN chief Ban

The Kyiv government is outraged by remarks made by United Nations Secretary-General Ban Ki-moon about the crucial role Russia can play in ending conflicts, Ukraine's Ambassador to UN Volodymyr Yelchenko said on Thursday, according to Reuters. 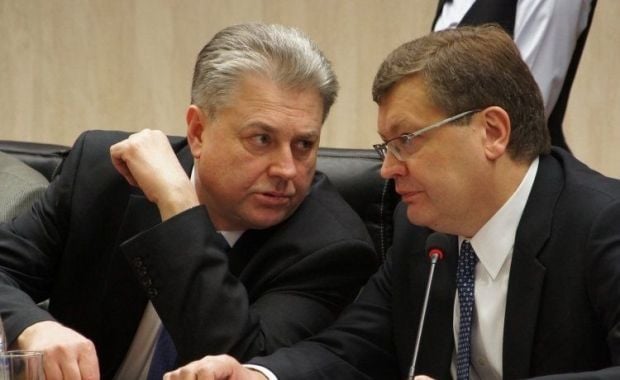 Ban's prepared speech for the St. Petersburg International Economic Forum said Russia "has a critical role to play ... in addressing other pressing global issues, from ending the conflicts in Ukraine and Syria, to safeguarding human rights and controlling the proliferation of weapons of mass destruction," Reuters reports.

The delivered version was slightly different. It did not mention Ukraine but said Moscow "has a very important role to play and I really count heavily on the leadership of the Russian Federation."

Ukrainian Ambassador Volodymyr Yelchenko told reporters he was incensed by Ban's remarks which came across as praise of Moscow, which has been supporting separatist rebels in eastern Ukraine.

"I'm completely outraged by such a statement," he said. "I don't understand how the head of the United Nations can say such things."

He added that Ban "cannot be a provider of good offices" in the Ukraine conflict after his performance at the St. Petersburg summit, a high-profile event staged by the Kremlin to attract foreign investment.

Read alsoWhy Ukraine should not rely on UN peacekeepers"I don't think that he has any moral right anymore to say anything about the conflict between Russia and Ukraine," Yelchenko said, noting he would deliver an official protest letter later on Thursday.

Read alsoResumption of EU relations with Russia must begin with Ukraine – JunckerAsked about the criticism, Ban's spokesman Stephane Dujarric declined to comment in detail.

"The fact is ... the Russian Federation is a permanent member of the Security Council and has a critical role to play," Dujarric said. "We're not going to walk back what we said."

Russia has veto powers on the 15-nation UN Security Council. It denies being behind the two-year old Ukrainian conflict which erupted in the country's east after Moscow annexed Crimea.