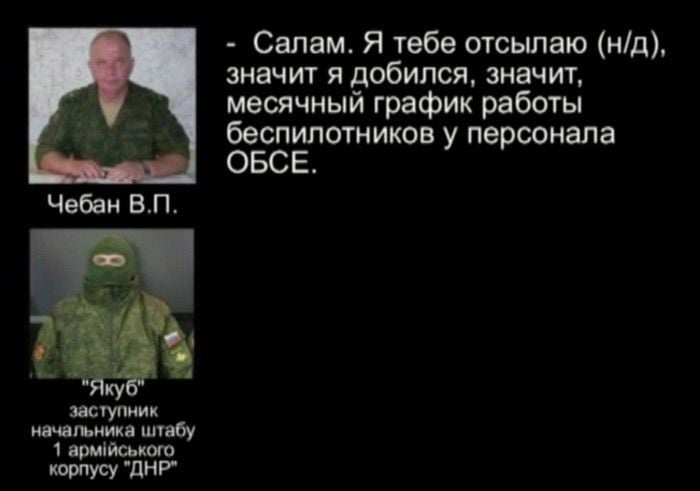 Photo of Security Service of Ukraine

In particular, the Russian officer is said to have provided Deputy Chief of Staff of the first army corps of the Donetsk People's Republic nicknamed "Yakub" with information about monthly schedules and flight routes of UAVs of the OSCE Special Monitoring Mission.

"Using this information, militants were able to hide their firing positions from international observers, as well as their locations with heavy weapons and equipment," the press service said in its statement.

Colonel Vladimir Cheban is said to have been involved in the falsification of evidence by Russian representatives in the JCCC regarding the alleged violation of the Minsk agreements by the Ukrainian military.

It is noted that the SBU has announced its decision to Russian citizen Cheban about his forced return to his country of origin and the prohibition of entering Ukraine for a period of five years.