Assistant Secretary of State for European and Eurasian Affairs Victoria Nuland and NSC Senior Directors Charles Kupchan and Celeste Wallander met on June 22 with senior Ukrainian officials, including President Poroshenko, Speaker of Parliament Parubiy, Deputy Head of the Presidential Administration for Foreign Policy Yelisieiev, and Foreign Minister Klimkin to discuss Ukraine's reform agenda and implementation of the Minsk agreements in support of Normandy countries, according to the U.S. Embassy in Ukraine. 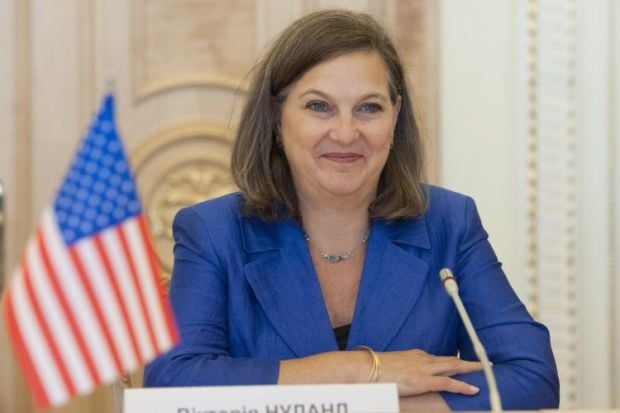 "The consultations were detailed and constructive, and focused heavily on the security requirements of Minsk in advance of the U.S. Delegation's onward travel to Moscow on June 23," the Embassy of the United States in Ukraine reports.

The U.S. side welcomed Ukrainian leaders' strong commitment to full implementation of Minsk, and underscored that sanctions on Russia must stay in place in order to advance that goal.

Read alsoNuland arrives in Kyiv to discuss Minsk accordsThe presidential administration explained earlier announcement about no meeting between Poroshenko and Nuland being scheduled for Wednesday with the fact that Poroshenko only joined the meeting of the U.S. official with deputy chief of presidential administration Kostyantyn Yeliseyev, to agree the agenda of the upcoming meeting between Petro Poroshenko and U.S. President Barack Obama.

The meeting was also dedicated to "coordinating efforts for continuing to exert pressure on Russia in order to make it fulfill security provisions of the Minsk agreements," reads the statement by the presidential administration.