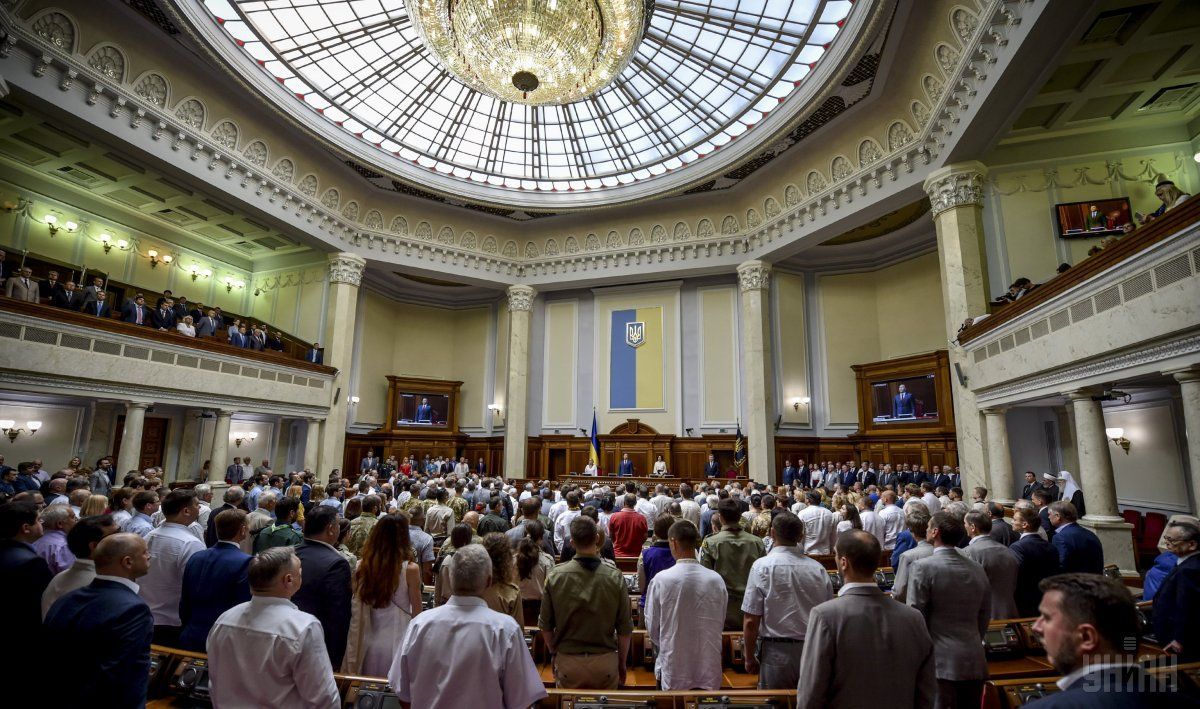 Standing near the rostrum with a microphone, Parubiy stressed that "there will be no fighting in the session hall," in spite of their provocation.

He reminded that an hour of questions to the government should have taken place today, as well as consideration of a number of bills.

The speaker stressed that he would not allow destabilization in Parliament.

Read alsoCrimea de-occupation: Ukraine authorities must drop populismParubiy thanked the representatives of the Government for their arrival in the Verkhovna Rada.

Meanwhile, commenting on blocking the rostrum and presidium of the Verkhovna Rada as well as the MPs' demands to reduce utility tariffs, Ukrainian Prime Minister Volodymyr Groysman said: "I do not think this is a political crisis. I think this is a crisis of political genre."

According to Groysman, this is populism. "This is a populism, which will lead to nothing, it is the desire to aggravate the political situation by irresponsible policy, and I think that this is with the help and support of external forces of aggression, and everyone knows who they are."