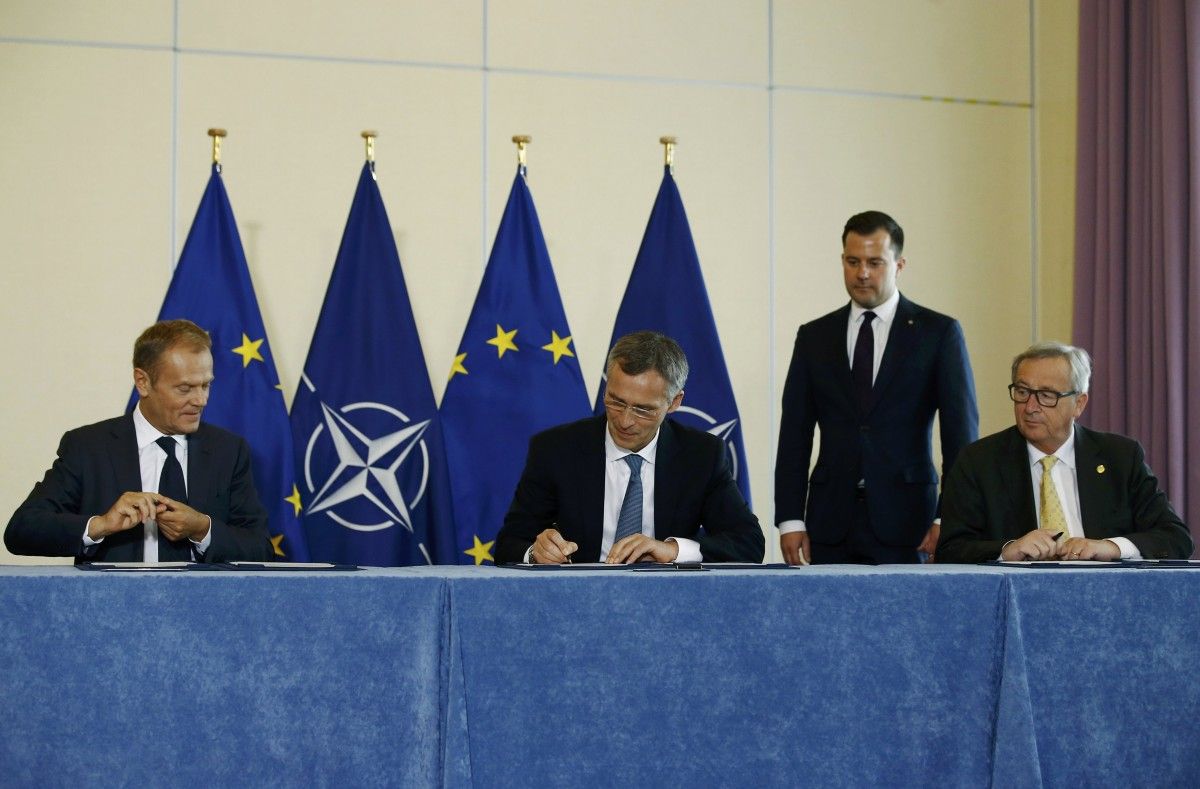 "Today, the EU and NATO face the same threats, whether they come from the East or the South, or indeed from within, in the form of challenges to the order based on liberal democratic values we have come to believe as our birth-right. In these new realities, our citizens are demanding greater security, no matter whether they live in countries belonging to the EU, to NATO or to both," Tusk said after an official signing ceremony.

In his words, Europe can and should do more to bolster its own capabilities and readiness, including spending more, and more wisely.

"However, our European initiatives should not be an alternative to cooperation with NATO. Instead of maintaining an illusion of going it alone, we need to increase our value as a NATO friend. That is why we are calling today for a strengthening of the strategic partnership between the European Union and the North Atlantic Alliance," he said.

Read alsoObama calls on NATO, EU to boost support for UkraineTusk also said that interaction should be improved to adequately respond to hybrid threats.

"We want to be ready to respond and coordinate our actions if and when one of our members or institutions comes under hybrid threats. We equally want to prevent attacks. This is why we intend to improve our interaction, to intensify intelligence sharing among our staffs and to conduct parallel and coordinated exercises," he said.

"Our actions and our resources complement each other. But today we have decided to do more. We must use all the tools at our disposal," he added.