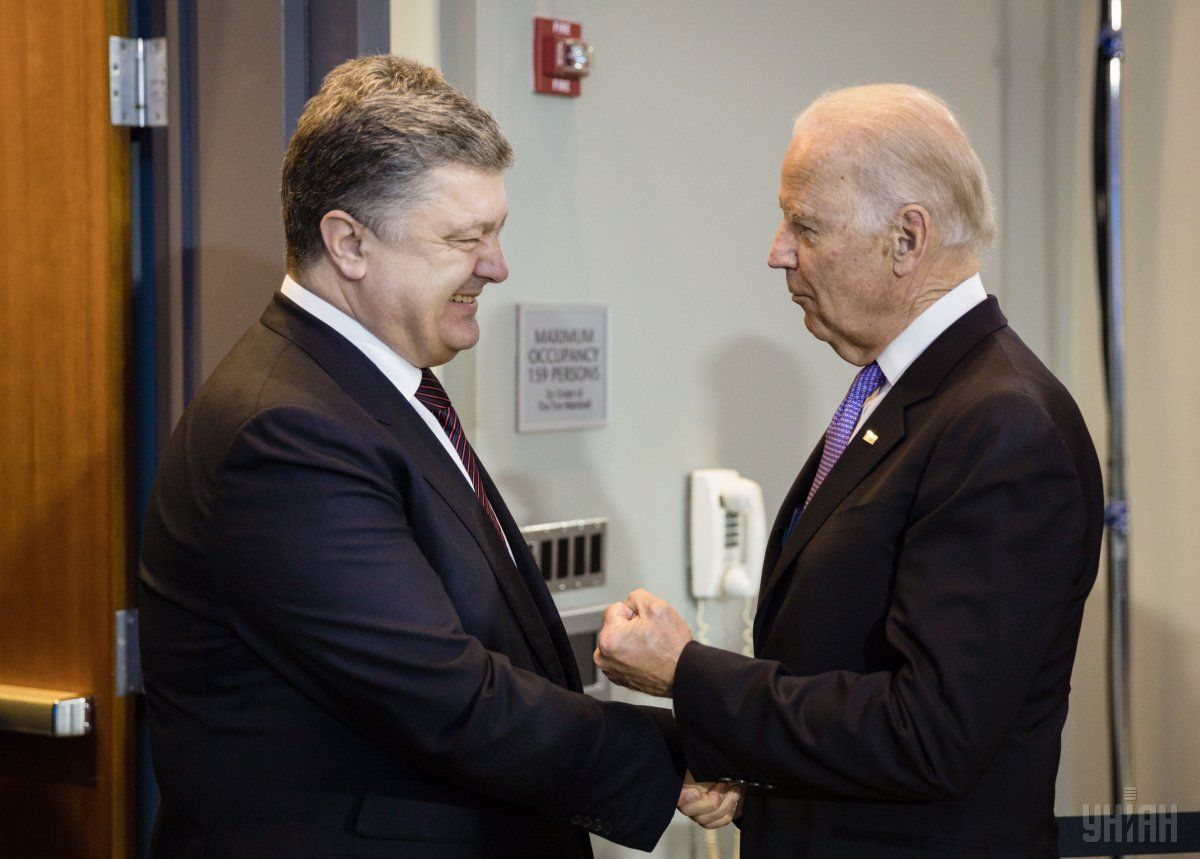 The leaders discussed the current security situation caused by provocative actions by the Russian side in occupied Crimea and the escalation in Donbas, according to the press service.

Poroshenko has emphasized that recent false statements of Russia about a terrorist threat from Ukraine in occupied Crimea were a made-up provocation and another attempt to justify further aggressive Russian actions and massive repression in Crimea.

Poroshenko has underscored the intention of Ukraine to avoid further escalation, based upon unfounded accusations by Moscow.

Biden has noted the efforts of the President to find a solution to settle the situation. He also emphasized that the American side was closely monitoring all developments around the Crimean provocation, which is exclusively Russia's responsibility.

Read alsoUkraine demands Russia immediately grant OSCE access to occupied CrimeaIn this context, the parties have stressed the importance of preventing Moscow from using the Crimean situation as an apology for the apparent failure to comply with the Minsk agreements.

They further agreed that it is important to continue a dialogue based upon the Normandy format.

Additionally, Biden has highlighted the unwavering position of the United States regarding the non-recognition of the Crimean invasion and the obvious need to maintain sanctions against Russia.

The parties have also discussed the progress made by Ukraine in putting in place reforms and the issue of speeding up the delivery of financial aid for Ukraine.

Biden noted important steps made by Ukraine for the fulfillment of earlier commitments in cooperation with the IMF, in the context of the fight against corruption, according to the release of the White House.