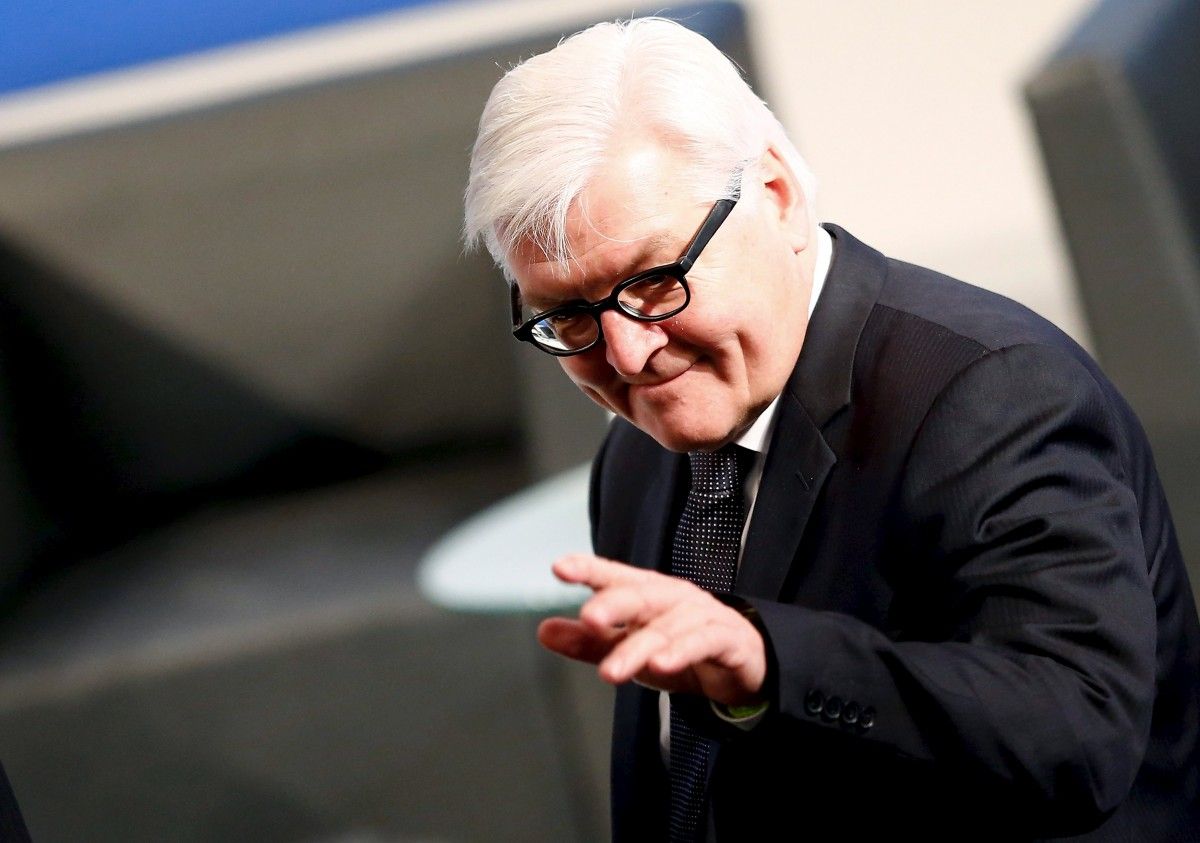 "In the course of our meeting we discussed Ukraine, too. It is for two years now that we have been trying to achieve a solution of that conflict within the framework of the Normandy format. We spend weeks negotiating a framework agreement on the disengagement of conflicting parties. Regrettably, we're stalled," Steinmeier said at a joint press conference with Russian Foreign Minister Sergey Lavrov in Yekaterinburg on Monday, TASS wrote.

Read alsoKremlin can escalate situation in Donbas in response to "terrorism" in Crimea – media"In recent days there occurred a worsening of the situation in Crimea. We find this very worrisome," he went on to say. "We don't have the full clarity regarding those events. We expect the Ukrainian and Russian side to investigate them," he said.

Information available at this point is conflicting, he said.

"It is essential to ensure the situation should not go out of control," Steinmeier said.