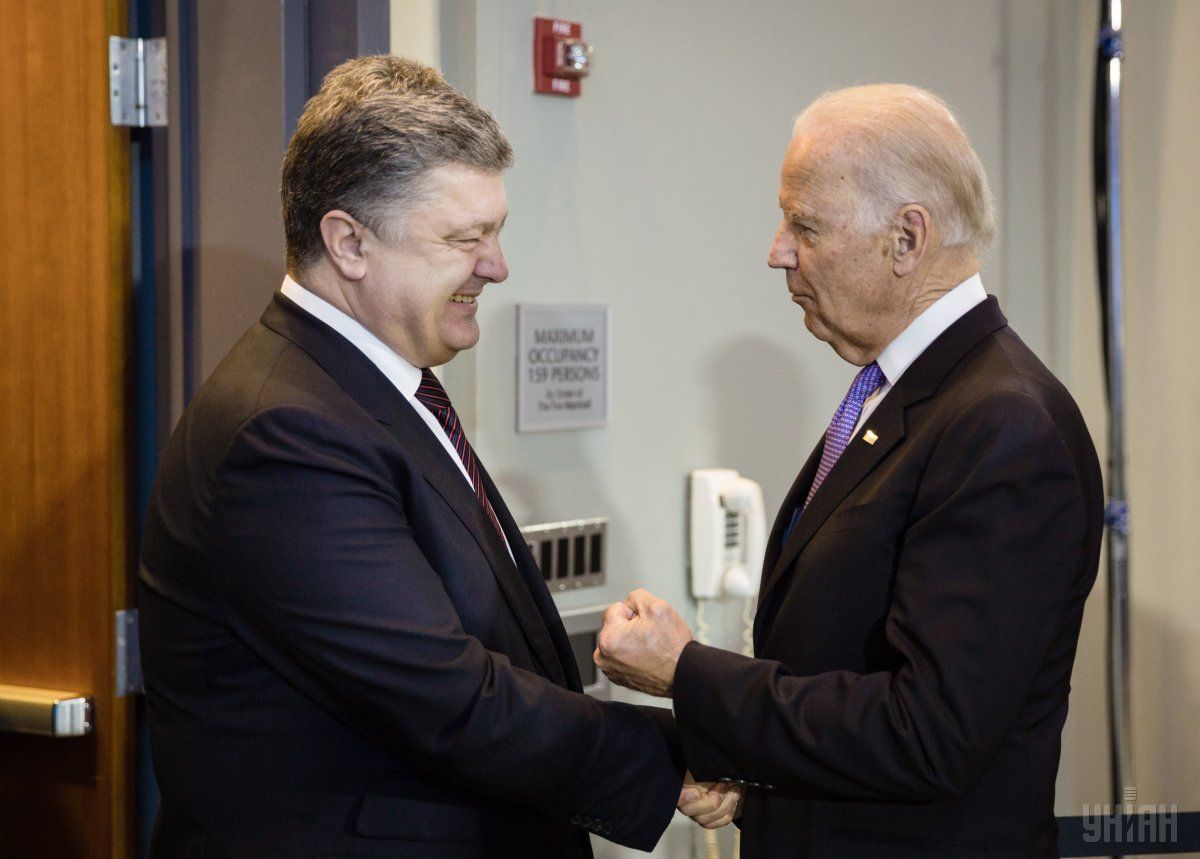 "The sides stressed the need for political and diplomatic efforts to end the occupation of Crimea," the administration said.

The U.S. vice president also reiterated that the United States does not recognize the occupation of Crimea.

"Petro Poroshenko and Joe Biden stressed the importance of further efforts, including within the Normandy format, to make Russia implement the Minsk agreements, including security commitments," it said.

The Ukrainian president briefed the U.S. Vice President on tense security at the administrative border with the Autonomous Republic of Crimea and in Donbas, which sees ongoing attacks by militants who use, among other things, banned large-caliber weapons.

Further, he informed the U.S. side about large-scale military drills near the Russian-Ukrainian border.