Sergey Glazyev, adviser to the president of Russia, has called recent statements of the Prosecutor General's Office of Ukraine (PGO) about his involvement in crimes against Ukraine's territorial integrity and instigation of a war in this country as "nonsense", RBC reported. 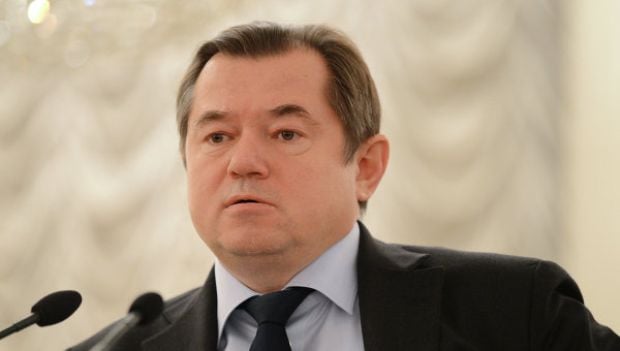 "I will not comment on this nonsense of the Nazi criminals," Glazyev said.

As UNIAN reported earlier, on August 22, the Prosecutor General's Office of Ukraine published evidence of Russian authorities' involvement in the infringement of Ukraine's territorial integrity and the war of aggression against the country.

A key player in the organization of the crimes is Sergey Glazyev, according to a video posted on the YouTube-channel of the Prosecutor General's Office.

Representative of the Ukrainian Defense Ministry's Chief Intelligence Directorate Vadym Skibitskyi said that the Russian president's adviser was in charge of the economic part of the "Novorossiya" project (literally "New Russia").

Earlier, Director of the Russian Institute of CIS Studies Konstantin Zatulin called audio tapes of telephone conversations with top Kremlin advisor Glazyev about Crimea, which were published by Ukraine, as "compilation and fabrication."