The Ukrainian Foreign Ministry on Thursday sent a protest note to the Czech Embassy in Kyiv following a decision of the city authorities in Ostrava, Northern Moravia, to register and open a representative center of the self-proclaimed Donetsk People's Republic (DPR). 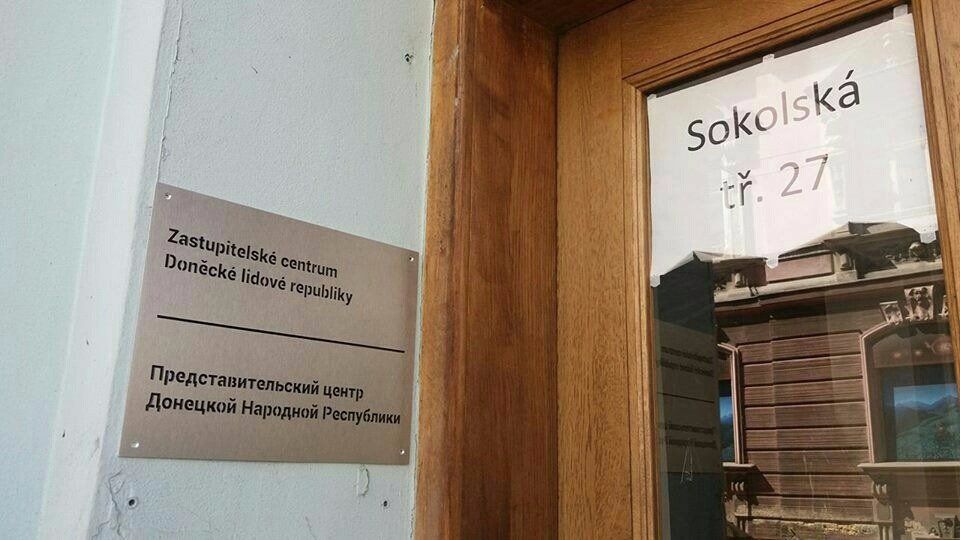 "In view of confirmed reports on the registration of a representative center of the self-proclaimed Donetsk People's Republic by the local authorities in the Czech city of Ostrava and the holding of provocative public events, the Ukrainian Foreign Ministry has voiced its protest and handed over a protest note to the Embassy of the Czech Republic in Ukraine," the press service of Ukraine's Foreign Ministry said in a statement on Thursday.

The Ukrainian Foreign Ministry is awaiting a response from the Czech authorities.

The names of individual Czech citizens who could be linked to the opening of the DPR's representative center in Ostrava have been handed over to Ukraine's law enforcement agencies for legal assessment and for the application of mechanisms of bilateral legal assistance between Ukraine and the Czech Republic, the press service noted.

Read alsoKremlin promises to encourage Donbas militants to act in "constructive way"A representative center of the self-proclaimed DPR was opened in the Czech city of Ostrava on Thursday.

"Its main aim is to spread the truth about this so far unrecognized country," Nella Liskova, DPR's honorary consul in Ostrava, stated.

The DPR representative center has been registered in the Czech Republic as a non-commercial organization, according to Liskova. One of its tasks is to seek the earliest international recognition of the self-proclaimed DPR.