High Representative of the European Union for Foreign Affairs and Security Policy and Vice-President of the European Commission Federica Mogherini says that after peace is restored in Donbas, eastern Ukraine, the EU will use its economic support in "a more visible way to encourage political talks." 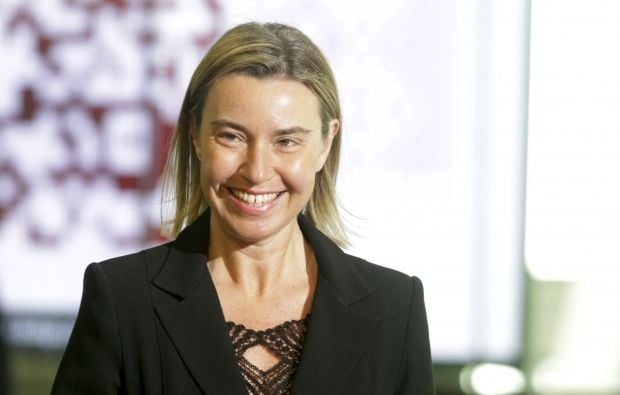 "We decided to focus our continued support also on what can happen after the implementation of the Minsk agreements is realised, because we know very well that this falls exactly in the added value of the European Union's tools," Mogherini said on the first day of a Gymnich meeting, a traditional informal meeting of EU foreign ministers in Bratislava on Friday.

"We discussed the possibility for the European Union to play a leading role in the reconstruction of the country, in particular certain regions after the full implementation of Minsk is reached," she said.

In her words, they also explored possibilities to have more economic projects and more humanitarian projects so as to help in the immediate term. "We know very well that these kind of activities, including some technical support to activities like de-mining or supporting local governance, are key because they can be a basis for hope for the local populations and so encouraging the confidence-building measures," she said.

During the meeting, the EU foreign ministers agreed that the Minsk accords and the Normandy format constitute a framework to deal with the crisis in eastern Ukraine.

Read alsoRussia blocks Normandy meeting at G20 summit, separate meetings scheduledShe also said that they had discussed "concrete ideas on how the European Union can do more in this respect, in particular providing support to holding local elections in certain areas of the Donetsk and Luhansk regions once the conditions established by the OSCE/ODIHR are met, giving some attention in particular to the intended OSCE police mission."

Read alsoKlimkin sees Ukraine as point of no return for OSCE"We also discussed the possibility of enhancing our support to the OSCE Special Monitoring Mission, which we are already doing, but we can do more. And we explored possibilities for increasing our support on the ground: short-term, with actions like financial and technical support to activities to improve the living conditions of the population, especially in the energy sector," she added.