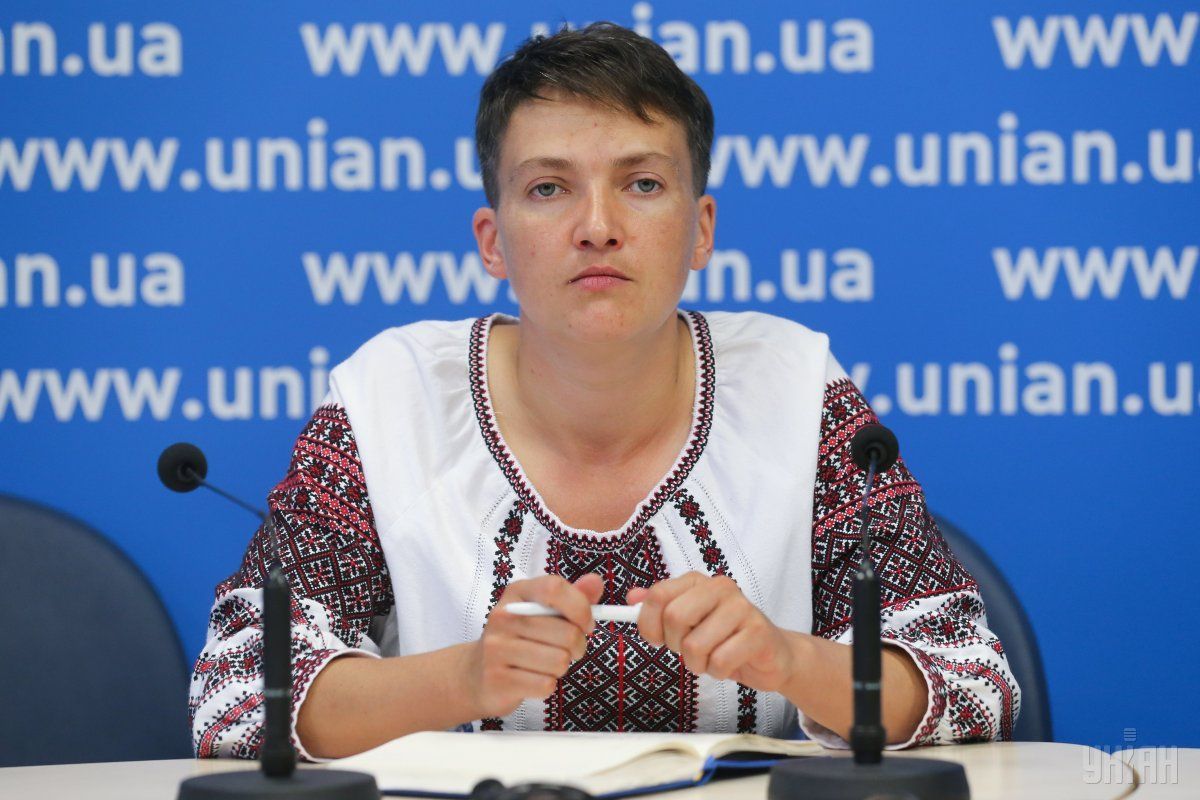 The comments by Savchenko, made to RFE/RL in Brussels, came amid growing talk in some Western capitals about easing the economic measures imposed following Moscow's annexation of the Black Sea peninsula in 2014, and the subsequent insurgency it backed in the region known as the Donbas.

Savchenko, who currently is a member of Ukraine's parliament and the Parliamentary Assembly of the Council of Europe, said September 9 that the European and U.S. sanctions against Moscow had been introduced "under certain conditions" that have never been met.

Read alsoEU to extend sanctions for six months over violation of Ukraine's sovereignty"Crimea is still occupied, Donbas is occupied by Russia," Savchenko said. "I think that it is too early [to lift sanctions] because the usurper did not learn its lesson yet."

Savchenko, a military aviator, was captured in June 2014, and put on trial in Russia, charged with the killing of two Russian reporters covering the war.

Freed in May as part of a prisoner swap, she returned to a hero's welcome, and has spoken out regularly, calling for direct peace talks with Russia-backed separatists in the east.

More than 9,400 people have been killed in the fighting since it erupted in April 2014, according to United Nations figures.