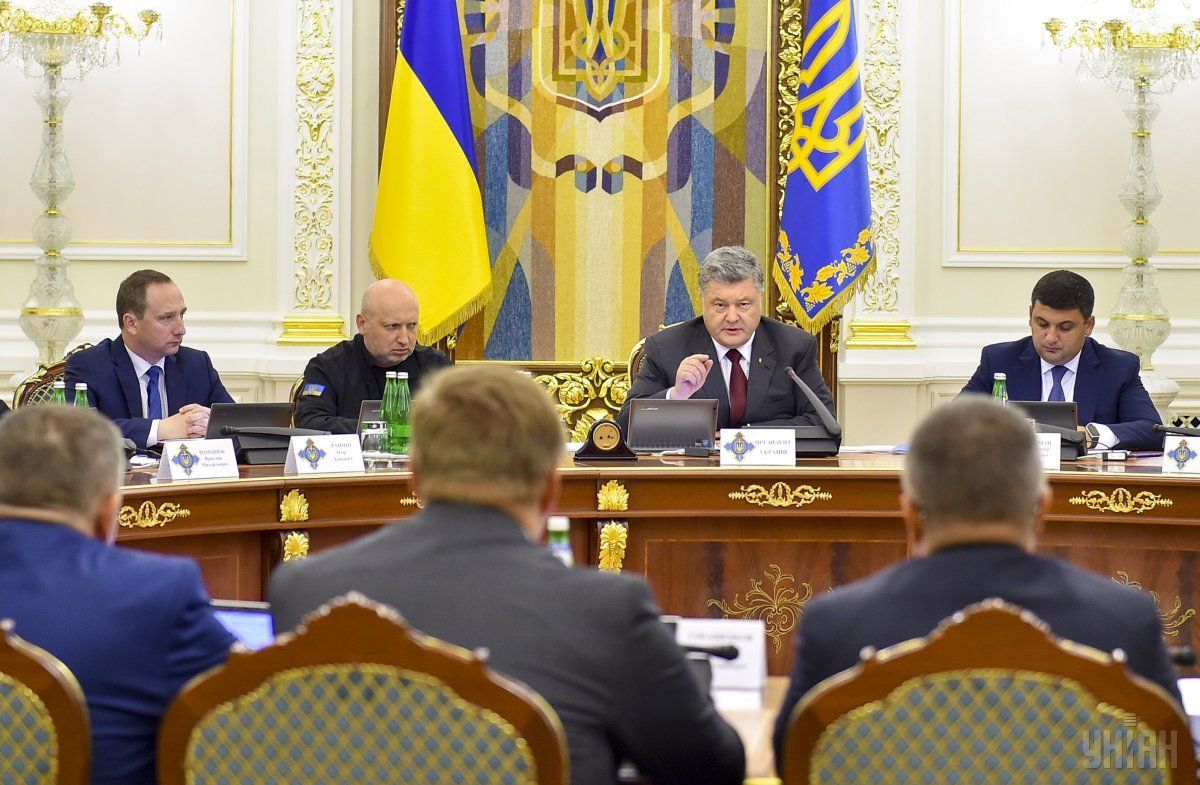 The president stressed the importance and need to maintain the anti-Russian sanctions.

As UNIAN reported earlier, the Ukrainian authorities in 2014 slapped sanctions against individuals and companies in response to Russian aggression against Ukraine. The sanctions are subject to endorsement by the NSDC and enactment by the president.

Read alsoPoroshenko asks G7, EU to keep sanctions against Russia until Ukraine's full sovereigntyIn particular, the sanctions introduced by a presidential order from September 16, 2015, concern over 400 people and over 90 companies from Russia and other countries. These measures are against the entities who are engaged in the illegal annexation of Ukraine's Crimea and aggression in Donbas and were introduced for 12 months.

In March 2016, Poroshenko enacted an NSDC resolution on special economic sanctions and other restrictive measures against entities who are engaged in unlawful action against Nadiia Savchenko, Oleh Sentsov and Oleksandr Kolchenko.

In May 2016, Poroshenko signed an NSDC resolution on personal sanctions against 17 Russian entities involved in anti-Ukrainian propaganda.