Kremlin explains why it refuses from holding Normandy Four meeting 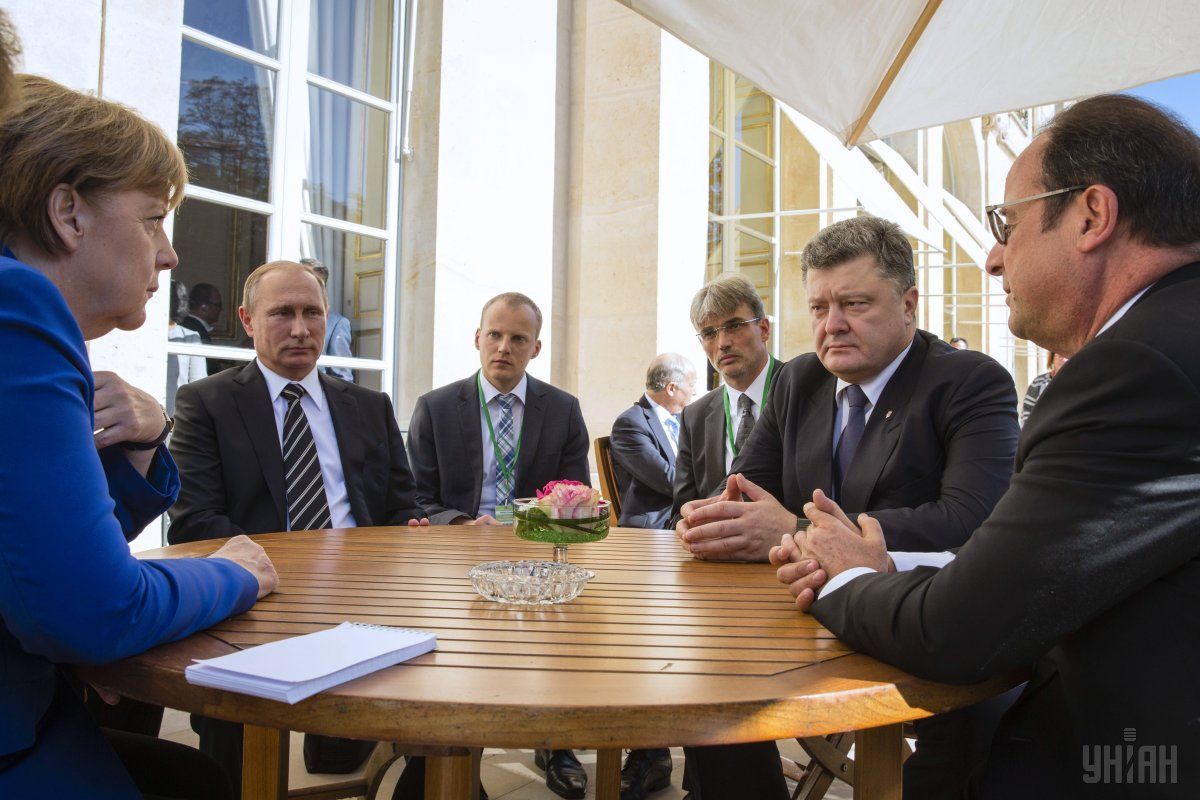 When asked whether high-level talks in the Normandy format could be restarted in October, Peskov said: "We are not talking about how to restart. The idea is that if there are real prospects for discussing substantive issues, specific issues related to the implementation of the Minsk agreements, then it would make sense to hold a meeting at the highest level in the Normandy format. To this end, we need a situation when there are real issues to be discussed," Peskov stressed.

According to Peskov, precisely this was stated by Russian President Vladimir Putin to leaders of France and Germany during meetings in China.

Read alsoEurope's top diplomats at forefront of efforts to settle Ukraine conflictOn June 21, Putin's press secretary Peskov said that the Kremlin was not ready to hold a meeting of leaders of the Norman Four just "for the sake of holding one".

"Certainly, the Russian president and other members of Normandy Four are always ready to talk, hold meetings, and so on ... While we need significant advances to compensate the time lost, to demonstrate readiness to fulfill the Minsk agreements, particularly by Kyiv," Peskov said.

On August 10, Putin attributed Russia's refusal to meet in the "Normandy Four" format in China to recent developments in Crimea, which were related to the Russian FSB accusations against the Ukrainian intelligence that had allegedly plotted terrorist attacks in the peninsula.

On September 5, French President Hollande stated that a meeting of Normandy Four leaders would be held in the coming weeks.

On September 14, French Foreign Minister Jean-Marc Ayrault stated that heads of foreign ministries of Ukraine, France and Germany were preparing for a highest-level summit in the Normandy format.