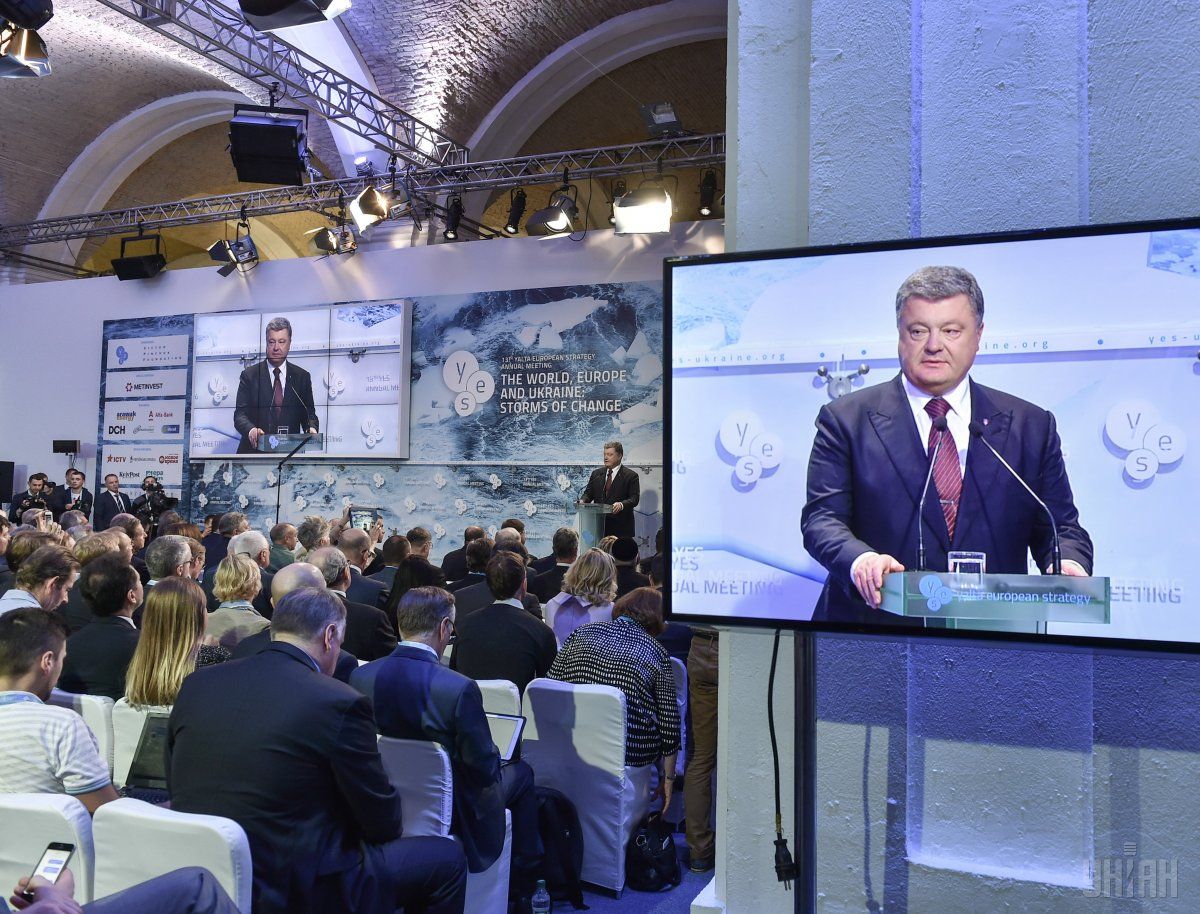 "I believe in the American people. A democratic country cannot ignore the opinion of its people. I will have a meeting with President Obama, and I asked for a meeting with both U.S. presidential candidates – one of the candidates has already agreed, it was Hillary Clinton, and we look forward to the confirmation from Mr. Trump," Poroshenko said at the annual meeting of Yalta European Strategy (YES) in Kyiv.

Read alsoPoroshenko: Following months to be moment of truth for West"I think we have enough arguments to motivate them to support Ukraine," he said.

As UNIAN reported earlier, on September 18-21, the President of Ukraine will visit the United States, where he will deliver a speech at the 71st session of the UN General Assembly.