Ukraine’s Prime Minister Volodymyr Groysman has dubbed the events “hooliganism” while the Russian diplomats filed a note of protest. 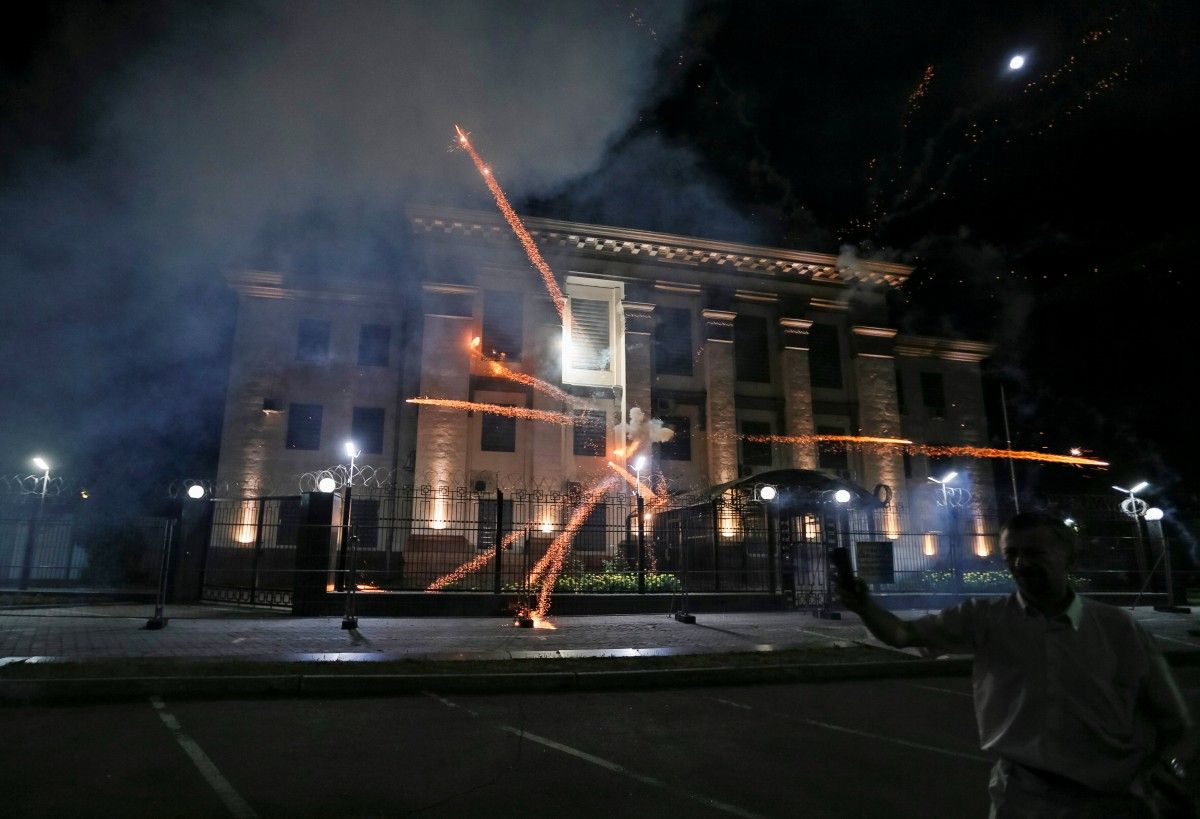 “This is hooliganism and this is unacceptable. Kyiv should be another type of a cultural model. This is a small incident that is not worth commenting on," Prime Minister of Ukraine Volodymyr Groysman said while speaking on the sidelines of the 13th annual meeting of Yalta European Strategy (YES).

Read alsoRussian embassy in Kyiv attacked with firecrackers overnightMeanwhile, the Russian Embassy responded to the "attack" by sending a note of protest to the Ministry of Foreign Affairs of Ukraine, according to RIA Novosti.

In the note, the diplomats require from the Ukrainian authorities "to investigate the incident and ensure the safety of the Russian diplomatic mission".

According to a police report, no one was hurt in the incident.