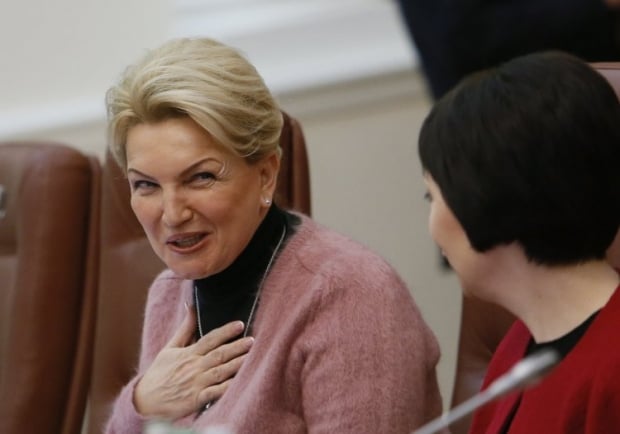 Bohatyriova on October 21, 2014, was declared wanted in Ukraine on suspicion of embezzlement of budget funds / Photo from UNIAN

The Interpol National Central Bureau (NCB) for Ukraine notified Bohatyriova's lawyer, Dmytro Beliayev, that his client was not on the international wanted list as of September 2, espreso.tv reported with reference to Ukrainian Interior Ministry spokesman Artem Shevchenko.

The report also mentions that under a resolution dated February 24, 2015, on withdrawal from an agreement on exchange of information in the fight against crime, the Ukrainian Interior Ministry on August 24, 2015, stopped any interaction with the law enforcement agencies of the Commonwealth of Independent States within the interstate database operated by the Russian Interior Ministry's main information and analysis center.

Thus, the NCB for Ukraine cannot provide information whether Bohatyriova is on the interstate wanted list, as the National Police of Ukraine has no access to the respective database.

As was reported, Bohatyriova on October 21, 2014, was declared wanted in Ukraine on suspicion of embezzlement of budget funds in the amount of $6.5 million in 2012, while handling state procurements of immunobiological drugs, medicines and medical equipment. According to prosecutors, Bohatyriova acted "by prior agreement with a group of people." In July, Kyiv's Pechersky district court authorized the Prosecutor General's Office (PGO) to apply a special investigation procedure to the former health minister, which allows absentia conviction.

Read alsoEU court confirms Yanukovych asset freeze for 12 months from March 6, 2015In August 2015, the PGO publicly summoned Bohatyriova and Deputy Income and Tax Minister Andriy Ihnatov for questioning. On January 9, 2015, ex-minister was reported to have been issued an Interpol red notice. However, there was no access to the red notice cards of Bohatyriova and former Prime Minister Mykola Azarov as of October 19.

Shevchenko explained that it was the same case as with Yanukovych: "They have filed a complaint to Commission for the Control of Files (CCF) and access to their files was suspended by Interpol for the period of the consideration of the complaints.