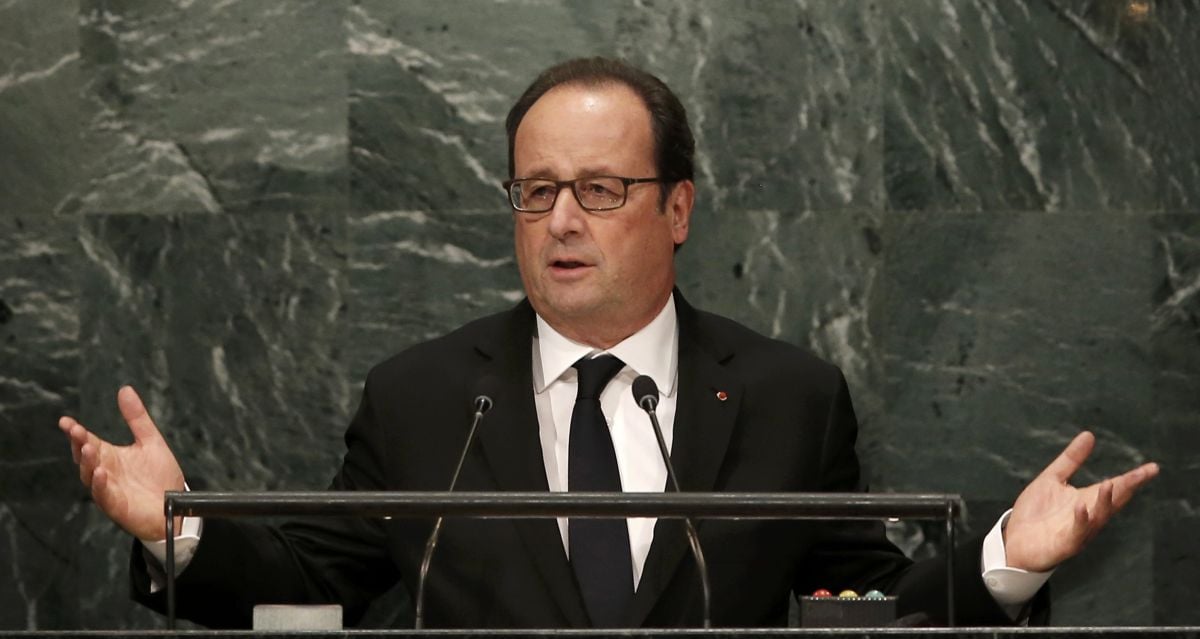 "German Chancellor Angela Merkel and myself have taken the lead to organize a meeting with the presidents of Russia and Ukraine [Vladimir Putin and Petro Poroshenko] in the coming weeks in order to boost Minsk implementation," he said at the 71st session of the UN General Assembly on Tuesday, September 20.

Read alsoNormandy Four to possibly meet in October: French FMThe French president added that the failure of the Minsk peace agreements on Donbas threatens to exacerbate the conflict in Ukraine, "or may even lead to a resumption of the war," DW reported.

France's Minister of Foreign Affairs Jean-Marc Ayrault announced on September 14 that the foreign ministers of Ukraine, France and Germany were preparing a summit in the Normandy Four format.

The Kremlin on September 15 responded to the announcement, saying that the Normandy Four summit might happen only when there were "real issues" to be discussed.

The Normandy format is a diplomatic group of high-ranking officials of four countries - Germany, Russia, Ukraine and France aimed to settle the Donbas crisis. The Normandy format involves contacts between the Ukrainian, Russian and French presidents, and the German chancellor, as well as their respective ministers of foreign affairs.