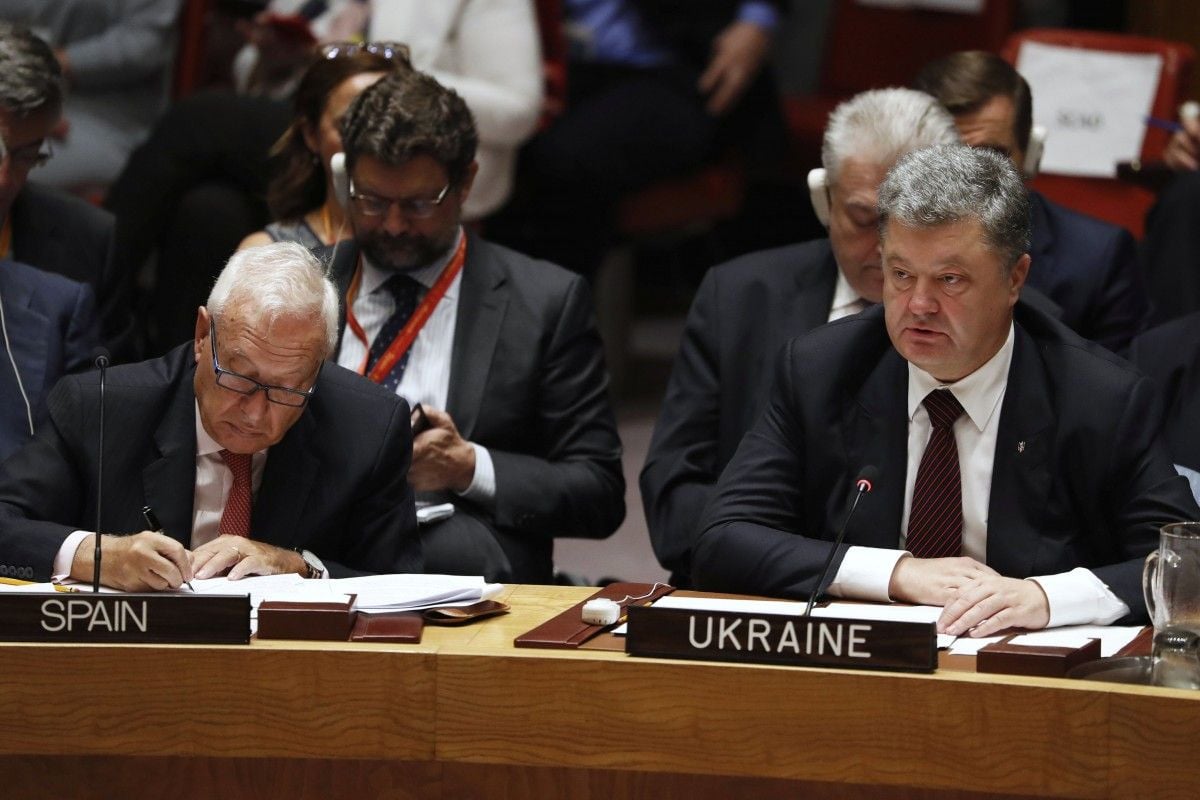 Petro Poroshenko has said there is "an absolutely urgent and critical need to reform the Security Council. Above all as regards to the veto power".

As UNIAN reported earlier, Ukraine’s Permanent Representative to the UN Volodymyr Yelchenko said that Ukraine did not step back from the idea of depriving the Russian Federation of its veto right in the UNSC.

Read alsoYelchenko speaks about chances to strip Russia of its UN veto power"I won’t say that this task is unachievable. Perhaps, it may be fulfilled but it’s a long process. You see, everyone here at the UN is afraid of the word 'precedent'. That’s why it’s not about the member states not supporting the idea of depriving Russia of its veto right. It’s about them being afraid that this could also relate to them. That is, the other four permanent members of the Security Council, who also have the veto right, will never go for it, of course," said Yelchenko.