Migration Committee of the Council of Europe Parliamentary Assembly in its report has recognized the fact of an ongoing “war” in Ukraine instead of a conventional term "conflict", according to MP Leonid Yemets.

"PACE Migration Committee has agreed to a proposal to change the title of its report. Now, instead of a faceless term “conflict in Ukraine” there comes a clear recognition of the fact: ‘war in Ukraine’,” the deputy wrote on Facebook.

Read alsoPACE delegate issues statement on Russian Duma elections in Crimea, criticizes new Parliament compositionAccording to the MP, it is not just a word game, but a clear, and also legal, statement of the objective realities of the events in Ukraine.

PACE rapporteur Egidijus Vareikis has already confirmed this information to an UNIAN correspondent. 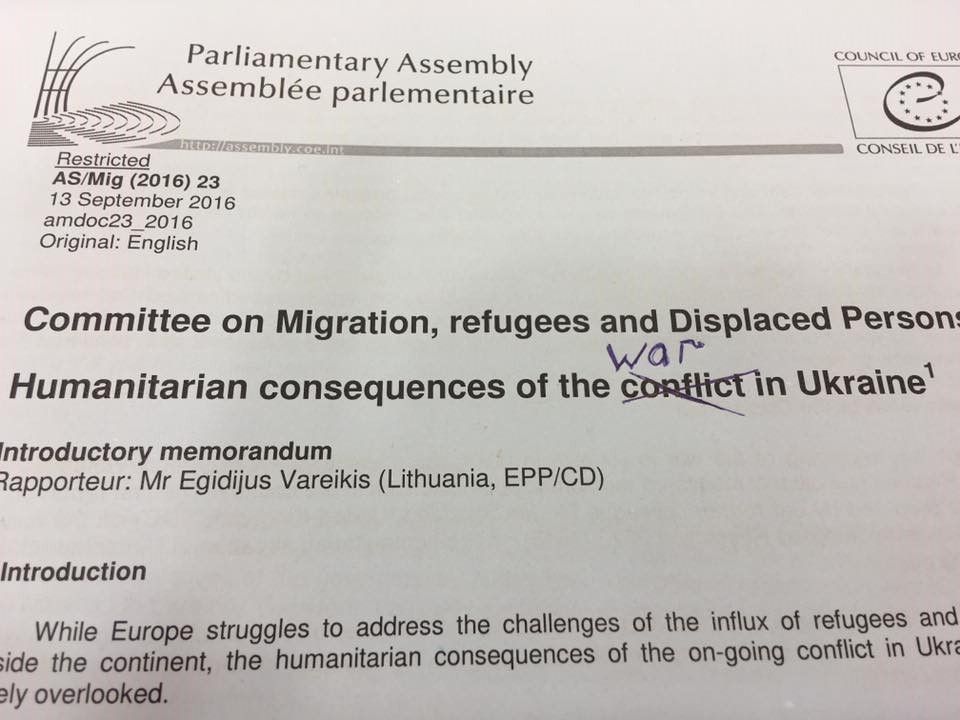 Facebook / Leonid Yemets
If you see a spelling error on our site, select it and press Ctrl+Enter
Latest news