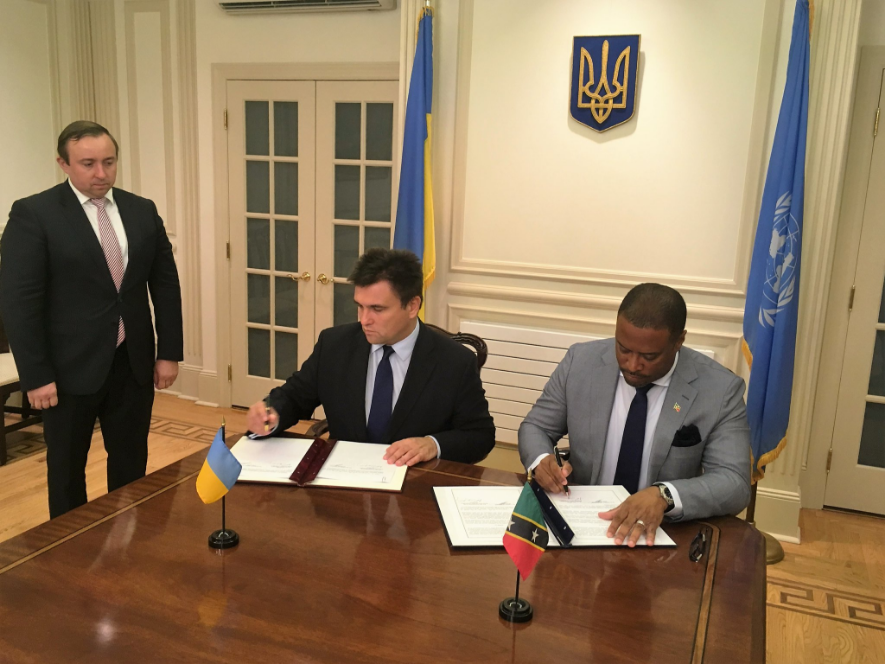 The deal was signed during a ministerial meeting on  September 22 on the sidelines of the 71st Session of the UN General Assembly.

The agreement provides that the citizens of Ukraine and citizens of the Federation of Saint Christopher (St. Kitts) and Nevis with valid travel documents may enter, exit, transit and stay up to 90 days without visas territories respectively of Saint Kitts and Nevis and Ukraine, according to Ukraine’s Foreign Ministry.

The Implementation of the agreement will promote the development of bilateral relations between the two countries, intensification of contacts in the socio-economic, cultural-humanitarian and other spheres.

During this meeting, the sides also discussed a wide range of issues of bilateral cooperation and ways of its enhancement.

St. Kitts and Nevis is a federal state with a population of about 55,000 people located on two islands in the eastern Caribbean. 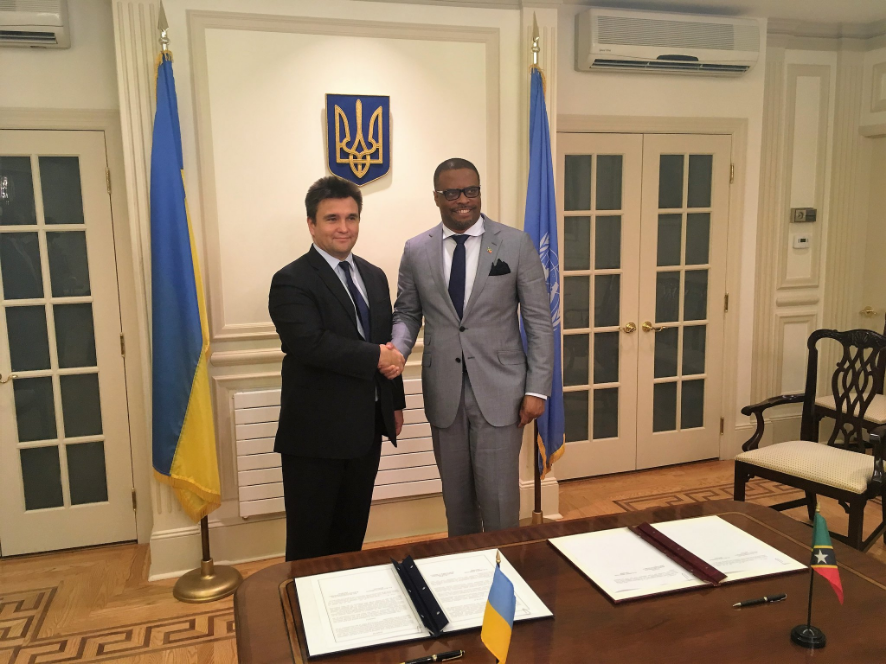 twitter.com/ukrinun
If you see a spelling error on our site, select it and press Ctrl+Enter