Although the Ukrainian journalist, Roman Sushchenko, has no relation to the Ministry of Defense of Ukraine, the ministry supports the demands of civilized society to immediately release the unreasonably detained Ukrainian citizen. 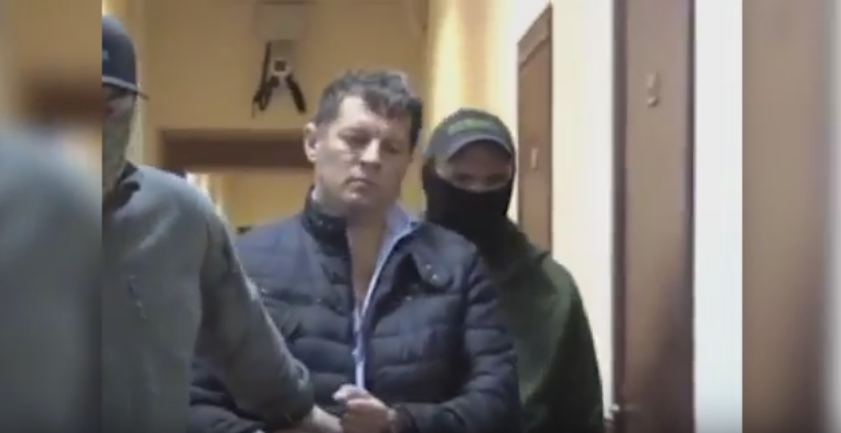 The statement of the FSB [Federal Security Service] of the Russian Federation that Ukrainian journalist Roman Sushchenko is involved in the activities of the intelligence agencies of Ukraine is yet another provocation, according to the statement released on the website of the Ministry of Defense.

"This is not the first time when the Russian secret services try to justify their criminal actions during the arrest of Ukrainian citizens with fabricated information on non-existent saboteurs and spies," the statement reads.

Read alsoUkrainian reporter arrested in Moscow on "espionage" chargesAs UNIAN reported earlier, on October 2, the Open Russia website reported that the court in Moscow had arrested for two months the Ukrainian journalist Roman Sushchenko (Ukrinform) on "espionage" charges and that human rights activists accidentally bumped into him at the cell of the quarantine department of the Lefortovo pre-trial detention facility.

Ukrinform news agency and the journalist’s wife, Angela Sushchenko, hired a renowned lawyer Mark Feygin to defend Roman Sushchenko in court. Mr Feygin arrived at Lefortovo overnight, where he filed for a meeting with the detained Ukrainian citizen.

Read alsoUkraine's foreign ministry advises against travel to RussiaIn addition, Ukrinform appealed to the media community to stand up for their colleague, and also to the international human rights organizations, diplomatic institutions of Ukraine and other countries – to call for Mr Sushchenko’s release. Earlier today, October 3,  the Russian FSB labeled Sushchenko a "Colonel of the Main Directorate of Intelligence of the Ministry of Defense of Ukraine", who "deliberately collected information constituting a state secret on the activities of the armed forces and forces of the National Guard of the Russian Federation".