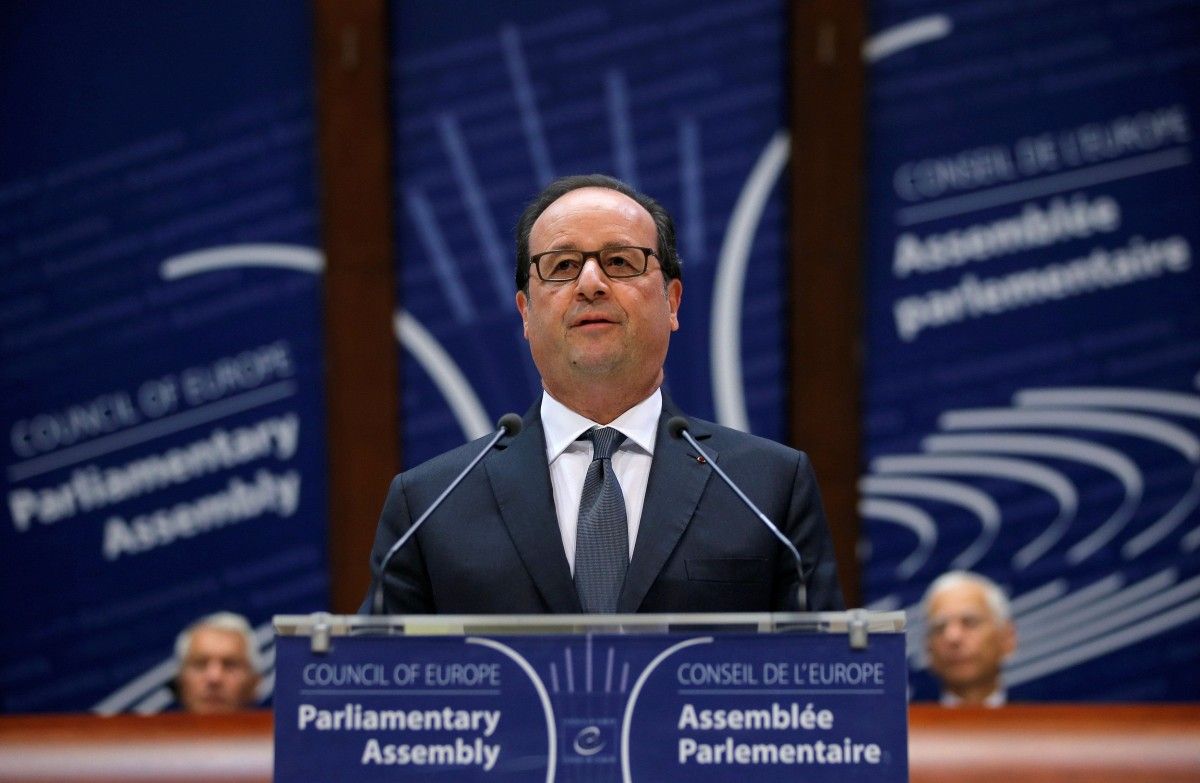 "I am ready to move forward in the Normandy format to fully implement the Minsk agreements, otherwise it will be a frozen conflict," Hollande said during the autumn session of the Parliamentary Assembly of the Council of Europe in Strasbourg on Tuesday, responding to a question on the status of implementation of the Minsk agreements.

The French president said that the main purpose of the Minsk agreements was the establishment of peace and restoration of territorial integrity of Ukraine.

Read alsoPutin shuns Paris visit after France offers talks only on Syria - Reuters"But to this end, it is necessary to hold elections and secure this process. And in the end of this process, the Ukrainian government could regain control of its borders. In other words, the Minsk Process is a series of steps, and it is necessary to comply with each of them. First, there must be ceasefire, withdrawal, disarmament, but elections must be held afterwards," he said.

According to Hollande, in addition to the Ukrainian government, the process should involve the militants, influenced by Russia.

Read alsoUkraine "has not received" formal invitation to Normandy Four summit – Poroshenko's press service"This also applies to France and Germany, because we were present at the signing of the Minsk agreements," he explained.